Brandon Sanderson’s Mistborn epic will see life as a new RPG in 2013.

Mistborn is a dark world filled with gothic creatures, ash and mist. The immortal villain, simply known as “Lord Ruler”, dominates the world. Allomancy allows masters to boost physical and mental abilities by ingesting flakes of metal, albeit temporarily. Those people who can “burn” a single type of metal are known as Mistings and those who can burn all types of metal are called Mistborn.

Joining the RPG catalogue now are Little Orbit who will produce a computer RPG for the Mac, PC, Xbox 360 and PlayStation 3 for 2013.

The Little Orbit Mistborn RPG is set several hundred years before the first Mistborn novel. The game follows Fendin Fathvell, a young nobleman who must quickly master his Allomantic powers in order to save his family. It’s a storyline created by Sanderson himself.

“As an avid gamer, I’m extremely excited by this opportunity.

“The chance to write the story for a Mistborn game while working with a team of talented developers is, quite literally, living a dream.”

More information and the ability to sign up for updates are available at MistbornGame.com. 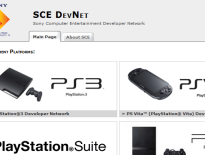 Console Orbis leaks as likely successor to the PlayStation…