AKB0048 is an anime which takes a real life, popular, and pop all-girl band from Japan into an anime. It’s a bit harsh to describe this as Spiceworld/Spice Girls the Movie as AKB48 have a history on anime; ranging from the Dragon Ball Kai ending to other various anime scores.

AKB48 isn’t just a girl band. In Japan they’re considered an idol band. That means their status floats towards the geeks as well as working in the mainstream. It’s actually a band that rotates members in and out so that any one singer doesn’t get too much fame. An interesting commercial twist.

In AKB0048 we pick up after a devastating war that’s wrecked the enviroment and when humanity is departing for space. Mankind is ruled by the new Super Galactic Alliance but they’re regulating entertainment and banning stuff for their emotional impact – stuff like idol bands.

Real-life AKB48 members play the part of some of the characters in this Satelight production. 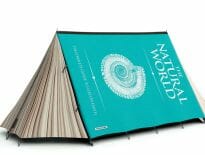 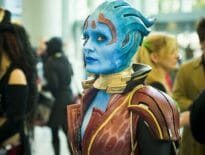 Console Mass Effect cosplay: Samara cosplaying Samara
💰 Copper Coins 💰 Geek Native is an affiliate and may earn commission on purchases you make from third-party sites.
🍪 Privacy & Cookies 🍪 The site uses cookies to survive. By accessing the site, you agree to use your browser to control cookie use or take 1d4-3 privacy damage (tracking). If you defeat cookies via ad blocking, please consider the Patreon. An intro to cookies, and how to control them, can be found here. I Manage Cookies