USApoly has some pretty cool Monopoly franchises on their books. They have Futurama Monopoly, Star Trek Klingon Monopoly and Risk Monopoly.

That monopoly range is expanding. Capcom have confirmed that Street Fighter monopoly is on the way.

Interested? There’s a problem. There are too many Street Fighter characters for the game designers to work with. Capcom are asking for fans to vote which characters to include. I recommend Blanka and Chun-Li. 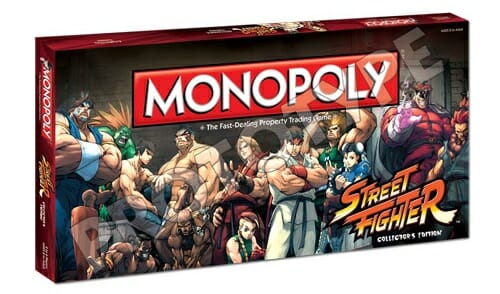 Hopefully the game navigates the complex world of IP and licences and makes it across the sea and out of North America.