Electric City is a sci-fi animation by Tom Hanks. It’s about 90 minutes long and the PR for it says it’s full of action and sci-fi adventure. Tom Hanks has been working on it for a while.

It’s a future of rubble – expect in the Electric City, which survives beyond the end of the world as we know it and as a bastion of security and peace. All is not what it seems at the Electric City though, secret police, murder and violence haunt the back allies. The story is designed to raise questions about today’s values and way of life. As many good sci-fi films and animations do.

There’s a twist. Electric City will air in clips on Yahoo; each one only about three of four minutes long. There’s a total of 20 slices. It’s a first for Yahoo who will be bringing this digital content to the web as well as mobile platforms. Yahoo are promising to spice up engagement by;

So, what do you think – a good move by Yahoo and and Tom Hanks’ Playtone? Or could they have done better? 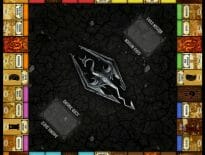 Games Skyrim Monopoly
Cool Tech Are Air Swimmers any good for LARPs?
💰 Copper Coins 💰 Geek Native is an affiliate and may earn commission on purchases you make from third-party sites.
🍪 Privacy & Cookies 🍪 The site uses cookies to survive. By accessing the site, you agree to use your browser to control cookie use or take 1d4-3 privacy damage (tracking). If you defeat cookies via ad blocking, please consider the Patreon. An intro to cookies, and how to control them, can be found here. I Manage Cookies