You are here: Home / Movies / Concerns grow over the off/on again new Doctor Who movie

I suppose it’s good news – there will be a new Doctor Who movie.

Okay. Wait. Maybe there won’t be a movie at all. The BBC does not seem sure. This is supposed to be an American movie of Doctor Who and yet tweeted.

“A Doctor Who feature film remains in development w/ BBC Worldwide Productions in LA. As of yet no script, cast or production crew in place.

BBC exec, Edward Russell tweeted to deny there are any current plans.

The rumours and concerns started when Variety reported David Yates would do a stand alone Who movie.

This would mean an all American movie that was not connected to the current series although he claimed he would be working with Jane Tranter, who had worked on Doctor WHo and was now Head of BBC Worldwide Productions. 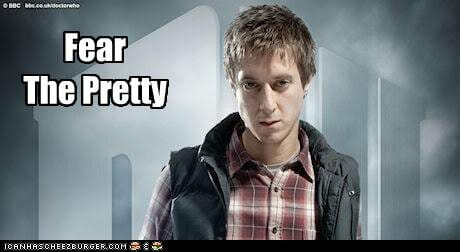 “We’re looking at writers now. We’re going to spend two to three years to get it right,”

“It needs quite a radical transformation to take it into the bigger arena.”

“Doctor Who” follows the adventures across space and time of a super-intelligent alien in human form, who battles a variety of cosmic bad guys aided by plucky human companions.

“The notion of the time-travelling Time Lord is such a strong one, because you can express story and drama in any dimension or time,”

The Whovians were not impressed. Melanie Johnson, the intern at Blogtown noted;

As a textbook change-is-bad-style geek, my initial reaction to this news looked a lot like this:

David Yates was heavily involved with the last batch of Harry Potter films. This was something that Stephanie Zvan at Almost Diamonds blogged;

But I’m just not sure about the movie, partly because I stopped watching the Harry Potter films after the first one Yates directed. Like any good geek, I’m a bit possessive of my stories. I know that the worst that can come of this is a bad movie I won’t want to see, but… still.

Dennis Rayburn from So Entertain Me opined;

Right now, knowing what little we know about Yates’ plans, the remake of Doctor Who is already on life support in this and many other fans eyes. Personally, I am ranking it in my priority list of seeing movies at the status of seeing it when it comes to TV and even then only thinking about it. I fear that the fresh approach idea will be dead on arrival at the box office as it has “FAIL” written all over it.

There have been stand alone Who movies before. Matthew Hyde of Geeks Shall Inherit the Earth (good title) dwells on this;

Putting aside the accuracy of the reports, should there be a Doctor Who movie? The smart alec answer is that there’ve already been two, back in the sixties, remakes of the first two Dalek stories starring Peter Cushing. Big screen adventures out of continuity with the TV show are nothing new. And yet…

And yet I’m not convinced that film is the best medium for Doctor Who. One of the show’s strengths is that it has an incredibly flexible format – one week it can be about a comedy encounter with Agatha Christie, the next week it can be about the horrors of World War I. By picking one type of story to focus on, a movie, by necessity, loses that flexibility – what story would they go for? A big space opera conflict with the Daleks? A funny alien meeting a girl from contemporary Britain? A story set during a well-known historical event? All of these are representative of Doctor Who – picking just one could have a Schrodinger’s Cat-like effect on the flexibility, the fluidity of the concept. That’s why Doctor Who‘s natural home is serialised television.

So, perhaps the real question is – do you want to see a Doctor Who movie? Should it be a stand alone or not?

Concerns grow over the off/on again new Doctor Who movie 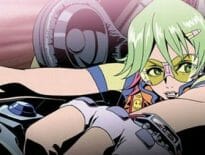