I’m not going to be able to review without mentioning Whacky Races. Let’s also be clear from the start, there is a movie called Redline and it doesn’t seem to be popular. This anime is a different beast.

Brought to us by Madhouse and Manga, the Redline anime is a loud film – and at times I wondered whether Guitar Hero had heavily inspired director Takeshi Koike or author Katsuhito Ishii. There are certainly portions of the anime when the racecourse looks like the spinning guitar track of legendary mode and the colourful blurs of the racers the keys. In fact, an amazing shoutout to James Shimoji for some awe-inspiring music in this feature-length.

It’s action from the outset as we find JP – with some truly crazy, 60s Rockers hair, busy trying to win the Yellowline race. It’s a brutal dash for the finish line with nitro and plenty of missiles. The catch? His partner, Frisbee, finds himself surrounded by gangsters who have bet on JP to lose.

Despite the Grease Lightening hairstyles – this is the far future, with all sorts of aliens, weapons and robots.

That’s the Yellowline. The Redline is a tougher, harder, everything-goes race – and that’s when the previous champions step up. To make matters worse, in order to boost ratings, the Redline will race in Roboworld. Roboworld’s authorities are not happy about this. They don’t want the race there and deploy the army, dirty tricks and all, in order to put a stop to it.

Redline sounds fantastic. It looks very different; it looks almost like pop-art meets anime. Wikipedia suggests the animation took seven years to make with over 100,000 hand-made drawings – odd given it is the director’s debut work!

I enjoyed Redline. It’s a thrill. It’s an easy watch. Turn your brain off, sit back and watch the girls and fast cars. Lots of fun.

Have you read the interview with Katsuhito Ishii here?

Thanks for the link. I enjoyed that interview – typical Manga UK style. What did you make of it?

Redline is so visually stunning, I really enjoyed it. If you haven’t seen The Woman Called Fujiko Mine, that’s worth checking out too for the anime style and Takeshi Koike connection. There’s a great post here about it actually – 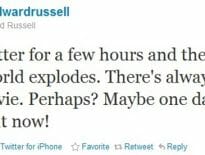 Movies Concerns grow over the off/on again new Doctor Who… 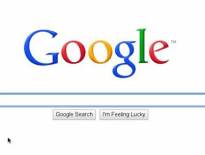