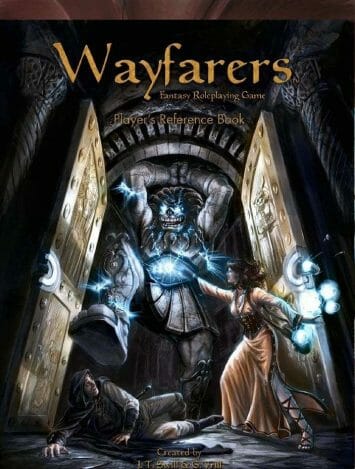 Ye Olde Gaming Companye has a RPG on the way. Wayfarers is a sword and sorcery style RPG and is being published in conjunction with Mongoose. The game is not yet out but you can sign up for a pre-order today. Jimmy Swill is a co-founder of YOGC and has kindly agreed to do Q&A interview session here at Geek Native.

Q. Can you describe Wayfarers and the World of Twylos setting for us? Is it a dark game, a high fantasy game, heroic adventure or gritty survival?

All of the above. Really, just like any game, it’s whatever you want it to be. There’s plenty of dark, gritty, high fantasy to be had, but you don’t start Wayfarers as a hero. Character creation puts you at the very beginning of any type of career. I like to play a scrappy character from time to time, and I’m not much interested in games that won’t let you build one. If you like, you can start off a Wayfarers game as a tank, but you can also start off as a completely ineffective leach on party resources.

Greg Vrill wrote Twylos, which is based on a couple of decades of campaigns, a number of which I was a player in. The World of Twylos is deep, shady, fantastic, and sometimes absurd. However, Twylos is more than a campaign setting. It is just as much a collage of places, personalities, ideas and stories. In fact, we don’t have an expectation that Twylos will be played in any specific way. It shouldn’t be. Greg presents his world as a cache of ideas to be co-opted. Even so, Vrill has a wonderful ability to create compelling religious and political organizations, and the overall structure of the world is easy to game in.

Q. Wayfarers has been described as a new system but with an old-school feel. Can you elaborate?

Roleplaying games began as a hobby aimed at the college and post-grad crowd, and early games were infused with the creativity and aesthetic of war gamers. Although I started playing when I was much younger, I was done a great service to have RPG books that demanded something of me on both a creative and intellectual level. Much of that has been lost in modern RPGs. It’s hard to find a game book that requires young players to reference a dictionary from time to time, or one that leaves judicious gaps to be filled by the GM. Wayfarers isn’t purposefully dense or inaccessible, but we make little effort aside from presenting the game we want to play.

Early games were not typically concerned with heroes, either. Instead, these games were simulations of adventurers exploring dangerous places, encountering horrible monsters and unleashing arcane magic. Wayfarers sits in that camp. For example, your character that dreams of being an archmage might get bitten by a beetle and die the first time he steps in a dungeon. If success is assured, why bother rolling dice?

Wayfarers is built with that old school philosophy, but we don’t hold old school mechanics equally sacred. Some old school mechanics are great, but some are just old. Mechanically speaking, the game has some mechanics that are similar to earlier games, but also new ones too. When it came to the system, we just used whatever worked best, whether it felt like it had a heritage or not. 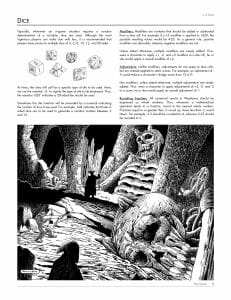 Q. Some readers may be confused about the name Wayfarers, YOGC, Mongoose, name changes and the RuneQuest license. Can you walk us through all that? What’s going on?

Ha. I can tell you that we are the Ye Olde Gaming Companye, and we created Wayfarers. Mongoose has been very kind to distribute our game. The other stuff is outside of my realm of knowledge. For a short while, Mongoose was entertaining naming a new game of theirs Wayfarer. That’s how we crossed paths with them. I can say that Mongoose was very cool about the potential conflict of names. We are a little company, and they treated us with respect when some might not have.

Q. Why did you decide to do Wayfarers? I can only imagine it’s eaten a large chunk of your life.

I grew up gaming. It has had an enormous impact upon my life. Some of my most cherished friendships were built around the gaming table. It has pushed me to be a more creative, intellectually curious and open-minded person than I would have been otherwise. Game design always interested me, I’ve created a few, and I always wanted to create a proper roleplaying game.

I met my wife in China, and she moved to the US with me. Her degree was in pharmacy, and to practice in the US, she had to take a couple of large tests, which required about one year of studying. I decided that I should accomplish something on my own while she studied. It seemed the perfect opportunity.

I wasn’t starting from scratch with Wayfarers, however. Greg had long before laid the groundwork in a homebrew system that we used to game with, and Wayfarers grew out of that. Wayfarers doesn’t much resemble that system, but we knew what worked and what didn’t.

Q. What do you think will persuade gamers to give Wayfarers a shot?

Wayfarers is fantasy gaming that feels familiar, but it is unlike any game out there, especially in this revised version. Wayfarers is a game that just plays like you think it should. You can play that character you want, and you can run that campaign you want. After playing the game, you won’t find yourself talking about game balance and development paths; instead you’ll talk about your character and what’s going on in the campaign. Mechanically, Wayfarers is flexible enough that you’d think it would fall apart, but it doesn’t.

There are a few decades of gaming behind this game, and we took an honest approach with its creation. We made the game for hobbyists, not for consumers. Every gaming group plays differently, and looks for something different in their game. In my opinion, heavy-handed or clever design doesn’t make for the best game. It doesn’t matter to me whether or not a mechanic is unified or that a development path is balanced. What matters is if the game plays right. What matters is if I can make the character I want, and whether or not the GM can run the campaign that he wants. What matters most is if there is fun to be had. To accomplish this requires subtlety of design, and respect for the people that play the game. Wayfarers is designed to enable good players, not to control the bad ones.

If you want an unapologetic fantasy RPG that lets you do what you want, you’ll want to try Wayfarers.

Q. What’s the difference between an RPG that trusts its players and one that does not?

A game that trusts its players gives them enough tools so that good games can be run, and it stops there. A game that doesn’t trust its players is one that is over-designed. It’s one that tries to correct for mistakes the GM or players might make before they make them.

I could write an essay on this, but in short, this trust has to do with how self-conscious the design of the game is. Is the game designed to be a great game, or is it designed to let its players do something? I think much current game design is hyperconscious of the RPG audience, and of other games out there. One of the great things about the early hobby was that there just wasn’t a lot of previous work to compare each game to. As a result, games were more defined by how they played than by where they stood in the narrative of RPG history.

There’s been a movement towards the older school of gaming which I see as a positive, but I think some efforts are misguided. In my opinion too much energy is being spent on evoking a feeling of the 70’s or 80’s, and not enough focus is upon the creative, hobbyist nature of gaming at that time. 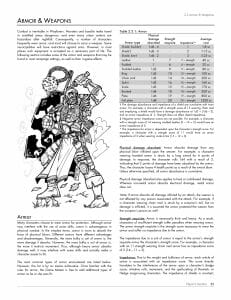 Q. What do you think about current trends in the gaming industry? Are any particularly helpful or harmful to a company like Ye Olde Gaming Companye?

As I just mentioned, I see recent reflections upon the early history of the hobby as a good thing. But as far as the industry is concerned, I don’t dwell on trends. Aside from some large game makers, it’s not the kind of industry on which fortunes are built. On a personal side, I’d like to see more efforts to put the power and development of gaming back into the hands of players. By and large, RPG players are intelligent and creative folk. What interests me most isn’t which books or supplements are coming out next, but what is going on in basements, hobby shop game rooms, and university community centers. I’d like to see more fan-based publications, more gaming nights, and more small conventions.

Q. Can you share with us any hints on future projects from Ye Olde Gaming Companye?

Sure. Our plan is to keep publishing our Wayfarers Guild Journal. It is an irregular journal that is comprised of ideas and materials from us and the Ye Olde Gaming Community. Basically anything related to Wayfarers is game to be included in the journal. This can include new spells, creatures, items, skills, places, or modifications of the rules as written. I think Greg wrote a poem or something. Anyone can write for it. We also include a module in each journal. All material in the Wayfarers Guild Journal is considered to be optional.

We don’t have any desire to make official expansions to the Wayfarers rulebook. Instead, we want it to serve as a center for a creative community. The Wayfarers Guild Journal seems the best way to go about this.

I do have longer-term plans to release Android and iPad versions of the game, with things like an editable character sheet, and random determination tables. It boggles my mind that companies with more resources aren’t jumping on this.

Q. Finally, are their any blogs or Twitter accounts that you would recommend to Geek Native readers?

Aside from Geek Native?!

My favorite blog by far is James Maliszewski’s Grognardia: grognardia.blogspot.com. Not only does he have a strong interest in the roots of tabletop RPGs, but he always provides a rare insight that leaves me with food for thought. Other than that, I really get a kick out of reading RPG reviews by the RPGPundit at therpgsite.com. The RPGPundit calls them as he sees them. Of course can follow our twitter feed @yogc, but it’s a quiet one. We go for quality over quantity! If you want to read something different, I suggest

time to read: 7 min
Tabletop & RPGs The pitch for the Quantum Roleplaying Game 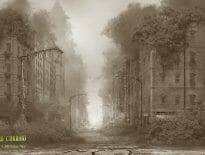