You are here: Home / Games / 10 reasons why you should buy Doggie Doo for your children 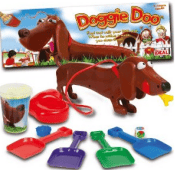 Goliath Games has a very popular kid’s game that you might be able to scoop up this Christmas. You’ll have to be quick because it’s expected to be a big seller. It’s called Doggie Doo.

The object of the game is to feed the dog, make it poop and pick the poop up. Good news. You’re supposed to use a shovel. The winner is the first person to have three slices of creppe on their spade.

The “game” was invented 15 years ago but, strangely, games companies weren’t keen on making it. However, in 2009 Goliath made a success out of Pop the Pig. So the decision to take Doggie Doo to Europe was made (or Kackel Dackel as he’s known as in Germany).

Here’s Geek Native’s top 10 reasons why you should buy the Doggie Doo game of poop shoveling for your children.

10 reasons why you should buy Doggie Doo for your children 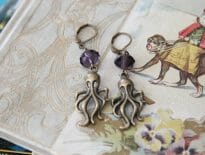