You are here: Home / Movies / The Raven trailer

Next year (around March) will see a film inspired by Poe’s The Raven. It’s been described as a fictional telling of the last days of Edgar Allan Poe’s life – when he had to battle a serial killer whose murders match the writer’s many stories. 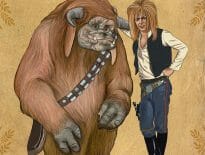