Holy Terror is a new line from Frank Miller. This graphic novel was announced back in 2006 and now, in 2011, it’s finally out via Legendary Comics.

The original concept for this novel was called “Holy Terror, Batman!” and had the dark knight defending Gotham City from Al-Qaeda. Even Miller summarised the piece as propaganda. There is no Batman nor even the whiff of DC Comics involvement with Hoy Terror but a vigilante called The Fixer.

I had heard that Holy Terror would feature the hunt for Bin Laden after the 9/11 attack. I’m no longer sure. Check out the trailer and let us know what you think. 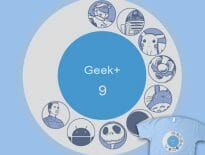