Freesat channel CBS Action (meh, okay; it’s on that Murdock channel that has the rights to Game of Thrones in the UK too) have got their hands on Star Trek.

I was pointed in the direction of this so-called interview with Patrick Stewart as part of the launch party. Really; I can’t get my head around it. It’s just weird.

The guy fronting CBS Action’s Star Trek series is called Raules Davies. The word “Unknown” is used to describe him in CBS’s own marketing foo. However, the word “superfan” is also used. Dangerous.

Now; it makes sense to have a superfan front the preesntation if the channel can get some Twitter chat going during the broadcast but Raules can weigh in there with some credible Star Trek chat. The hashtag #sttng is the recommend way of getting his attention.

Star Trek: The Next Generation will air from 8pm GMT, each weeknight, from July 20th. I suggest any geek reading this tweet Raules a Star Trek question and see how well he does! 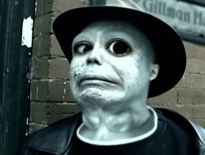