You are here: Home / Movies / Princess Leia, R2-D2 and C-3PO appear in Raiders of the Lost Ark 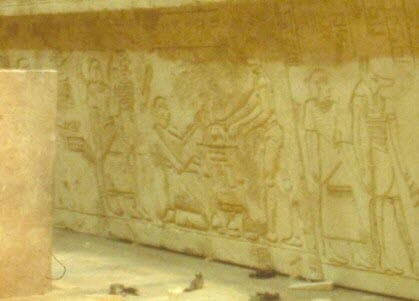 Have you heard the urban myth that C-3PO, Princess Leia and R2-D2 appear in Raiders of the Lost Ark?

It’s not a myth. They do feature. In fact, there’s a lot connecting the two films beyond the fact that the scene in which Rene Belloq and the Nazis square off against Indiana in the canyon is the same location as the Tatooine scenes from A New Hope.

Check out the registration number of Jock’s plane at the beginning of the film. It’s “OB-CPO” which is believed to be a reference to Obi-Wan Kenobi and C-3PO. However, an even stronger connection is the name of the club in which Willie Scott sings at the start of Temple of Doom. It’s called “Club Obi-Wan“.

As for R2-D2, Leia and C-3PO in Raiders? They appear as hieroglyphics in the Well of Souls.

Princess Leia, R2-D2 and C-3PO appear in Raiders of the Lost Ark

time to read: 1 min
Console Alice: Madness Returns fan made trailer of dooooom…
Console Robin Williams is the Zelda elemental
💰 Copper Coins 💰 Geek Native is an affiliate and may earn commission on purchases you make from third-party sites.
🍪 Privacy & Cookies 🍪 The site uses cookies to survive. By accessing the site, you agree to use your browser to control cookie use or take 1d4-3 privacy damage (tracking). If you defeat cookies via ad blocking, please consider the Patreon. An intro to cookies, and how to control them, can be found here. I Manage Cookies