One piece of news from the Microsoft press presentation from E3 today that’s certainly worth of RPG attention comes from developers BioWare. Mass Effect 3 will be a Kinect enhanced game.

Expecting to make pistol shapes with your fingers and shout “pew pew pew!” at the screen? Unlikely to happen.

What we are now expecting is for BioWare and Microsoft to make use of the Kinect’s voice recognition abilities – which are good. Dialogue options will be voice enabled and you’ll be able to speak your responses.

Microsoft also said that players will be able to offer voice commands to their NPCs during battle. I think that’ll work well. I lost how many times I actually said; “Grunt! Attack!” while playing Mass Effect 2 or “Grunt! Get back here!” Poor Grunt.

Voice controls, huh? Not sure if we’ll be seeing a PS3 version… 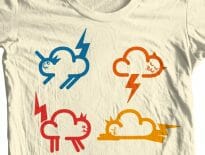