I have long been of the belief that technology is an enabler. Used properly it can educate, entertain, and generally enhance the quality of our lives. I am also firmly of the belief that in order for the maximum number of people to benefit from technology, cost should not be a barrier to entry. Samsung have been working hard to put technological innovations in the hands of as many consumers as possible through the broad price points of their Galaxy range of devices. The Galaxy Mini falls squarely into the affordable end of the spectrum but can such a cheap device maintain the standards set by its premium siblings? 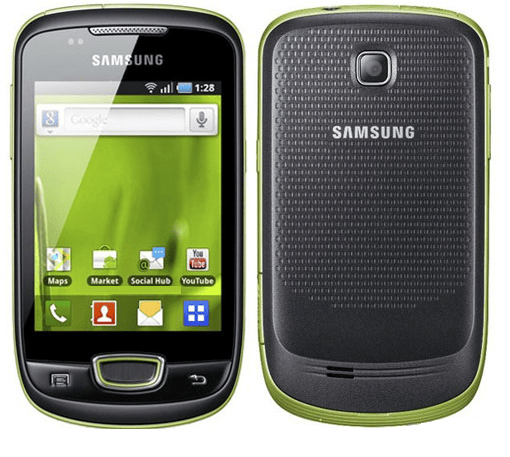 The first thing that strikes me about the Samsung Galaxy Mini is that it’s not actually all that small. With dimensions of 110.4 x 60.6 x 12.1 mm it’s certainly compact but even so I’m not sure it quite lives up to the ‘Mini’ part of its name. The mostly plastic construction means that Samsung have managed to keep the weight down to an amazing 106.6 g (it hardly feels like there’s any weight to it at all) but it still feels reasonably sturdy with no untoward creaking or flexing when gripped tightly. The rear has a textured finish and this aids in maintaining a secure grip of it – a good job too as I wouldn’t like to wager how many drops the plastic body could survive.

The top of the device houses a micro-USB port hidden under a plastic flap but, unlike the sliding affair I’ve seen on other Samsung handsets, this one is attached to the main body via a small rubber tether. I’m not a fan of these by any means as from personal experience I’ve found they have a tendency to stretch and snap over time. There is also a standard 3.5 mm headphone jack. The left hand side houses a volume rocker switch and the right hand side houses both the power/sleep button and a plastic flap under which the microSD slot can be accessed (again this has a small rubber tether keeping it attached to the main body). As per usual the microphone can be found on the bottom of the device. These are all located on a vivid lime green plastic strip that runs all the way around edge of the phone and which Samsung claims “makes a flashy statement and lets you know you’re in for a good time. Bold and striking, the mobile commands attention and lets everyone know exactly what kind of person you are!” – I’ll leave it up to your own judgement as to whether you think this is a good thing or not…

When looking at the front of the phone there is very much an old-school feel to it. The 3.14″ 320 x 240 TFT capacitive screen sits centrally with an earpiece grill above and three buttons below. The buttons are physical ones with a large central one flanked by a contextual menu button on the left and a back button on the right (the search button usually found on Android handsets is missing but the search function can be accessed through the contextual menu options). The central button is so large and curiously shaped that at first I thought it was going to be a four-way D-pad (like those found on old Compaq iPaq PDA devices). Imagine then my disappointment to find that the overly large and oddly shaped button was actually nothing more than an overly large and oddly shaped button.

The rear of the phone has only two features, a 3 MP non-autofocus camera with 3x digital zoom near the top and a small speaker outlet near the bottom. The 1200 mAh battery located underneath the backplate does a reasonable job of keeping the phone going and I found that without Wi-Fi or bluetooth on and with only light use I could get almost a day and a half out of it, but then one has to question what’s the point of a smartphone if you don’t use its features and capabilities? Certainly web browsing, playing games and playing media dropped the battery life all too rapidly for my liking.

The Galaxy mini runs Android 2.2 (Froyo) and even though it’s powered by only a 600 MHz chip, general interaction and navigation of the TouchWiz interface was smooth and fast. I did, however, find that sometimes I had to stab at an icon or user interface element on the screen more than once in order to get it to register a press. My gut feeling is that this is a screen sensitivity issue rather than TouchWiz or Android being sluggish to respond. Keyboard input was difficult as the virtual keys are really too small to be used effectively but it’s here that the Swype predictive text input option comes into its own.

Browser performance was generally good with decent download speeds on 3 Mobile’s 3G network. The low-resolution screen does spoil the browsing experience as web pages need to be zoomed in quite far to make text legible which means a lot of scrolling around on a page if it’s text heavy. Non-Flash streaming media worked well enough although the heavily pixelated screen made detail hard to pick out.

This phone doesn’t have Adobe Flash support although, depending on which way you look at it, this isn’t necessarily a bad thing. Flash tends to hog the processor and eat battery life so I’ve never really minded its absence. At the recent Wall Street Journal’s All Things Digital conference technology writer Walt Mossberg interviewed Adobe’s CEO Shantanu Narayen about this very subject. When Narayen boasted that Flash will be on 130 million phone devices by the end of the year Mossberg retorted with this comment, “I have yet to test a single one where Flash works really well. I’m sorry, but it’s true. It struggles on those Android devices.”

Camera performance was quite poor. The non-autofocus camera meant that in order to get the best out of a shot you had to rely a lot on distance judgement and a moving object simply ended up as ghostly blur more often than not. Android has always had the useful feature of being able to read and interpret QR codes in magazines, posters or even online. This really didn’t work very well when I tested it as the camera couldn’t quite get the definition needed to read the codes properly. The camera software was quite basic and the filter options only really changed colours and contrast and didn’t really do much to enhance standard pictures which were often far too dark and noisy in low light environments and all washed out in bright light environments. All in all the camera and photo taking software is a token feature.

Audio quality during phone calls was pleasing with decent levels of volume and clarity. Media playback was reasonable, if unremarkable, but the media software was really quite basic and seemed like more of an afterthought.  Music was best experienced through headphones as anything channelled through the built-in speakers resulted in muffled and distorted playback.

Other reviewers of this device claimed to have struggled to get the Galaxy Mini to play games like Angry Birds at a decent framerate. I had no such issues and played through several levels without incident. That said, anything more than basic games and you will find that it has great difficulty in maintaining any kind of respectable performance. This is a device for casual gameplayers only.

This is a budget smartphone and I’m not going to mark it down for that but there are lots of elements that are integral to the modern smartphone experience that are either missing or noticeably diminished here. If I compare it to another one of Samsung’s budget Android handsets, the Galaxy Ace that I reviewed last time (and let’s face it, comparisons are inevitable), then the Galaxy Mini fares rather badly. I was impressed with the Galaxy Ace and the balance that Samsung had struck between cost, features and performance. I can understand Samsung continuing to find ways to drive costs down, really I can, but with the Galaxy Mini I can’t help but feel that they’ve cut one corner too many. If I go even further and compare it to Apple’s iPhone 3GS, another smartphone that sits under the £100 price point, then the comparisons start to become embarrassing. If the Galaxy Mini has an audience it’s that section of the population who have never had a smartphone before and likely never even had an opportunity to play with one. They will be the ones most impressed by what it has to offer. The trouble is that I can’t see this phone holding its appeal for very long and can easily foresee owners becoming frustrated as they quickly outgrow its limitations and think of it as less of a bargain and more of a false economy.

I score the Samsung Galaxy Mini a GeekNative score of 5 out of 10.

Review handset provided courtesy of 3 Mobile who will soon be waving goodbye to the current CEO of 3 Mobile UK, Kevin Russell, as he returns to Australia with his family after four and a half years in his current role. He will be succeeded by Chief Financial Officer David Dyson.

Neither this site, nor the author of this article, is affiliated to, endorsed by or sponsored by any of the parties therein. 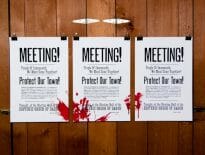