You are here: Home / Games / Console / I want Location Based Gaming to be Project Cafe’s genius

Nintendo will announce more details about the Wii 2, aka Project Cafe at E3 or thereabout this year.

We know that Nintendo are lukewarm on 3D TVs. Shigeru Miyamoto is on record (in German) in saying that Wii 2 will not be pushing the 3D angle hard.

There are rumours that the Project Cafe, Wii 2, controller will have a screen. This would allow for mini-games. If it is a touch screen then this would make for an adaptable controller – just as your smartphone adapts its GUI to suit which ever application you’re using it for currently.

There are also rumours that the controller will include a camera.

A camera for a “never leave your flat” console controller does not make all that sense to me. Sure; you could argue that the controllers themselves could be part of some Kinect-like motion control system but I don’t think that position is all that much stronger.

If the controller was designed to act like a mini-handheld console in its own right then a camera makes more sense. Nintendo will be careful to differentiate the controller-console from the 3DS, though.

Here’s how I think they could – perhaps should – do it. They should make the controller location aware and bring location into games.

For example, we already have Monster Hunter variants which encourage gamers to come together. We have Pokemon games that let you plug your handheld into the main system to transfer your Pokemon and update battles. Your Mii is already able to travel in your Wii 1 controller.

There are already iOS and a few Android smartphone virtual reality games in which you battle and collect monsters by visiting different parts of the city. You need to go the correct physical location in order to unlock the challenge.

There are business and brand advances in Nintendo adopting such a bold approach to location based gaming for the Wii 2. Do you remember the early days of the iPod? You noticed those white earphones more and more. If there was a location enhanced Wii 2 then the incentive to carry and check your Wii 2 controller would be there. People would see their peers checking their Wii 2 controller and this would help market the device.

I also think it would be fun.

Yeah, I wonder what the browser technology is of that device. We’re working on a Gbanga port…

Ooh. Does that mean there is location based stuff in the Wii U Controller (doesn’t it need a name of it’s own? The WUC!) after all?

I thought it was pretty much tethered to the Wii U (all be it via a wifi link).

I want Location Based Gaming to be Project Cafe’s genius 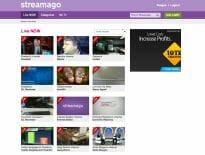