You are here: Home / TV / Anime / Karigurashi no Arrietty / The Borrowers Arrietty

Based on the classic book The Borrowers, Studio Ghibli‘s latest film is Karigurashi no Arrietty. The good news is that the anime will get shown at a number of UK locations before its general release. The Barbican gets the film on the 6th of July and on the 18th and 20th of June, as part of the Edinburgh Film Festival, it’ll play at the Filmhouse.

The film follows Sho as he moves into his great aunt’s house. The 14-year-old Borrower Arrietty and her family also live in the house, hiding under the floor as not to be discovered by the humans. You can fill in the rest!

Karigurashi no Arrietty / The Borrowers Arrietty 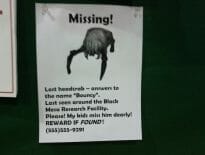