You are here: Home / TV / When does the digital switch over hit you? 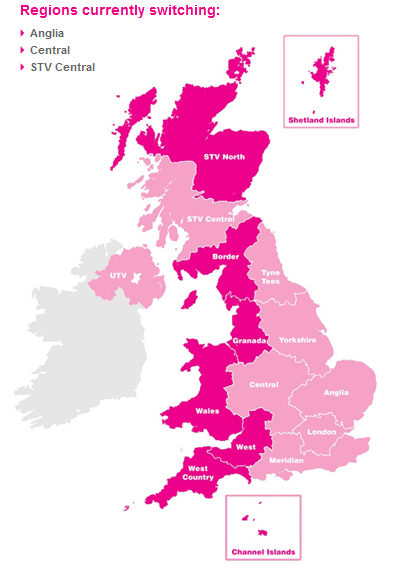 The UK is dumping analogue TV. The old signal is actually being switched off. This means you need a digital TV in order to keep watching.

Most Geek Native readers in the UK will not be affected by this – if you have a TV at all, rather than watching online, it’ll likely be a digital one. However, folks less tech savvy or strapped for cash may be content with their trusty old analogue TV from the 80s – or before. In theory, they could be in for a nasty surprise when they turn their TV on only to get snow.

The digital switch over has already started. It’s not the case that the whole country is flipping at once. There wasn’t a signal powerful enough to broadcast across the length of the island in the first place and so the switch over is happening region by region. If you’re in STV North, Boarder, Granda, Wales, West, West Country, Shetland Islands or Channel Islands then you’ve switched already. STV Central, UTV, Tyne Tees, Yorkshire, Central, Angila, London and Meridian are yet to switch. On the right you should see a map from Digital UK that illustrates this. If you’re in the “to be hit” regions then expect the switch over some time soon.

The digital switchover is certainly good news for companies like Sky and Virgin Media as people will likely think about paying up for a subscription if they need to change their TV. However, there are alternatives. I’ve geek friends who recognise they barely watch TV – it’s a device for playing games on – but would still like to tune in for shows like Doctor Who when they’re on. One solution is Freesat which lets TVs cope with the digital switchover and brings in an extra dose of channels. It’s also possible to record and pause TV just as you can with a V+ box.

The key thing about Freesat is that there’s no subscription model. You pay for the hardware and that’s that. You can pick Freesat boxes or Freesat TVs (with the box built in) at the likes of Tesco.

It’ll come as no surprise that Freesat are running an ad campaign for the duration of the switch over. Here’s the vid.

When does the digital switch over hit you? 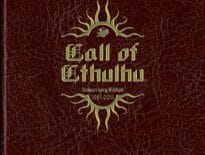 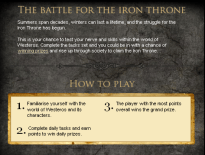