I can honestly say that Footprints is the first Cryptozoological noir comic I’ve read and tried to review. It features Mr Foot aka Bigfoot as the grungy detective who finds he has to investigate the murder of his own odd brother – Yeti. This is a review of Footprints, issue #1.

Indeed the cast and crew are cryptozoological creatures; we’re introduced to Mr Devil early on, there’s also Nessie, Megalodon (aka Don) and a Chupacabra (aka Choop). What works very early on is Bigfoot as a noir private eye. Visually it works – shambling around in a large coat, that brooding sense of the unexpected and you’re entirely uncertain of what levels of violence Foot is capable of. The league of cryptids gather later on in issue and have enough time and page space to show similar promise. They’re such a rag tag collection, though, I do wonder whether they’ll be an on-going challenge for writer Joey Esposito (while being a lot of fun for artist Jonathan Moore).

I said in the introduction that this was a comic book I am trying to review. The emphasis on the word “trying”. Here’s the summary: I really enjoyed Footprints. It’s different. It’s fun. It’s fun while dipping into horror and drama. It’s also very well written. The pace and tone is perfect. Moore’s visual style is exactly what the concept needed.

So what’s the challenge for the review?

There’s a Kickstarter project to raise funds for the other three editions and publication of the set. If you’re not familiar with Kickstarter, it’s worth checking out as we’re seeing an increasing number of RPGs and comics getting funding there and it’s a fantastic way to get something extra special back from your hobby-addiction. Along with the fund raising requests there is a video introduction to Footprints from Joey Espostio that does a far better job of trailing the issue than any review could.

The team is asking for a lot of cash to get this comic book project going – over $7000 and they’re just a tenth of the way there right now. Will they do it? I think if enough people preview enough of issue #1 that the donations will start to roll. Footprints is easily good enough. There’s no suggestion of an amateur have-a-go and hope for the best here, Footprints may be a labour of love but it’s one from a team with a professional comic book creation skill set.

For example, check out the lettering for Footprints. I think it works very well for exactly the tone and feel of the story. The lined effect suggests something out of a notebook and I could imagine it as either a cryptozoological file or detective’s journal. 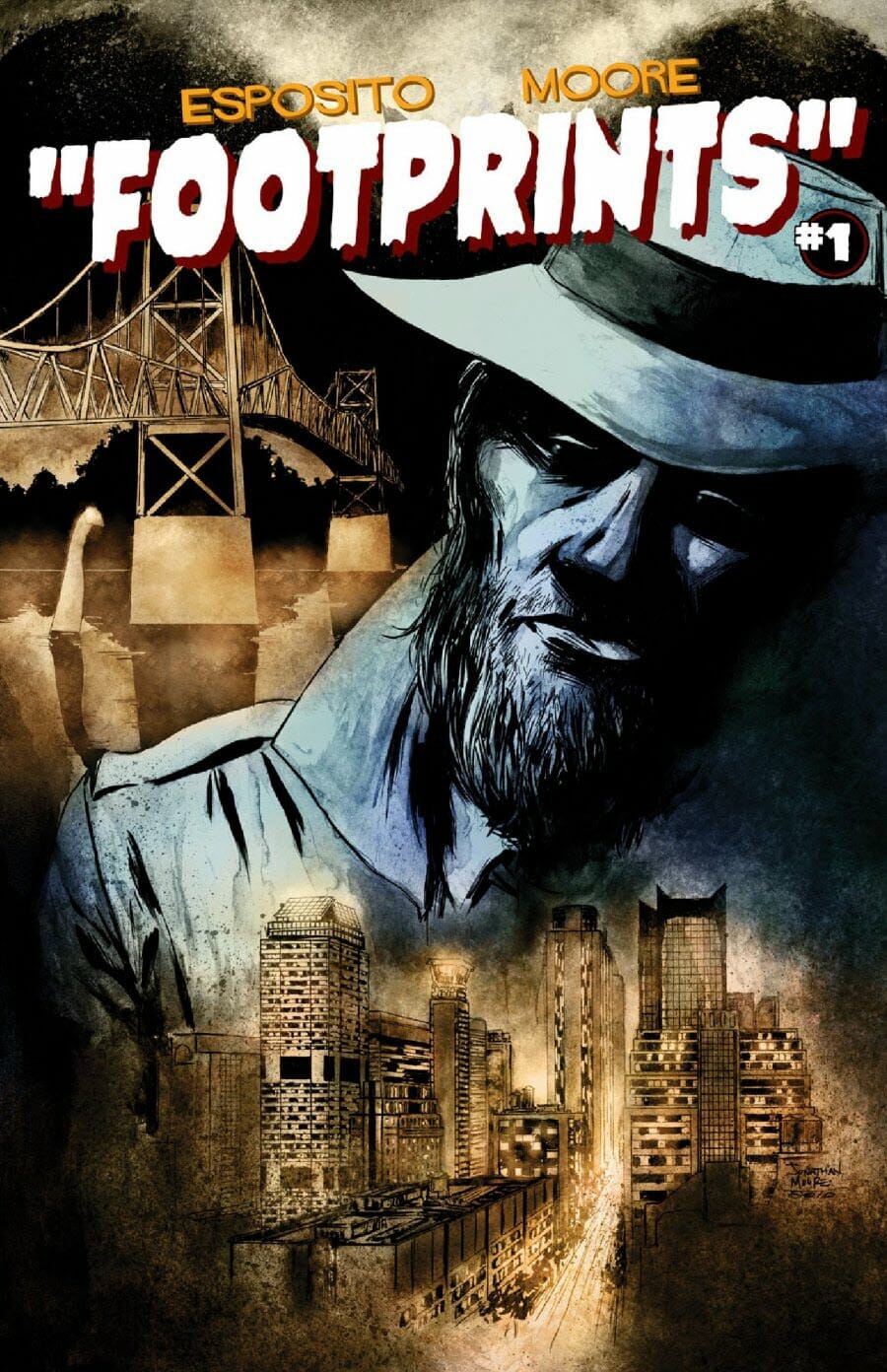 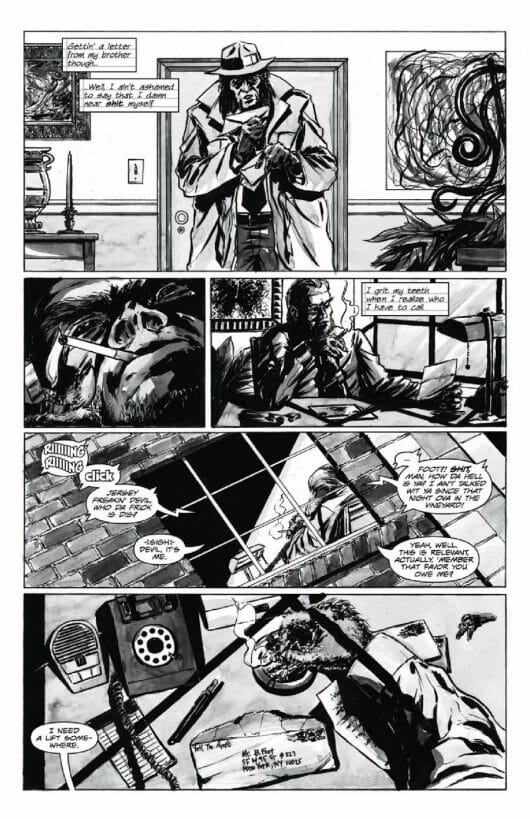 In summary, thumbs up for Footprints – and for Mr Foot in particular. I’ll say again that I think it’ll be a challenge for the team to keep the rag tag gang of monsters cohesive and interesting after the wow factor of their introduction. Issue #1 of Footprints hooks you securely enough for you to want the cryptid story line to continue.

Disclaimer: I was hooked up with a free PDF copy of issue #1 for the purposes of this review.