EA’s forthcoming game Bulletstorm seems to have having a weird effect on the world. Yesterday, Fox News (I use ‘News’ only as part of their brand, I’m not suggesting it’s an actual news site) asked Is Bulletstorm the Worst Video Game in the World? and went on to suggest that games like it encourage rape. There was no evidence provided to support this crazy suggestion. I recommend you read John Brandon take these claims to bits in an easy to read blog post over at the Inquisitr.

At this point I’m wondering whether EA would be pleased or displeased about the coverage so far. Some people do suggest there’s no such thing as bad publicity and Grand Theft Auto seems to give those claims some support.

However, although the game has been granted a release license for Germany – it’s been censored. As MCV points out Germany is awfully prone to being tough with adultish games. Bulletstorm has blood but also names its kills with sexual connotation – ie, “Topless” for blasting someone’s head off.

One of the first ads for Bulletstorm, called Believe, poked fun at the famous 2007 Halo ad. If this annoyed the Halo community, I didn’t notice and so the storm must have stayed in the teacup.

We’ll have to see if the latest W+K created ad for the game, which mocks Call of Duty and is called “Duty Calls”, manages to stir up more of a response from the Callites.

So, do you think Bulletstorm is the worst game ever? Is all the drama around the game part of EA’s masterplan? If not – why has Bulletstorm found itself picking up so much heat? There’s been plenty of games like it in recent months. Just last night I was blasting people’s heads off in Fallout: New Vegas. Doesn’t Fox care about that? 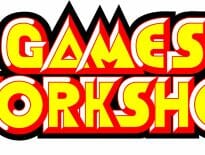