Comics seem to be in robust health this year. Still plenty of films either taking their inspiration from comic books or presenting themselves as simple adaptations.

This year will also be the first time Comic Con has been held in the UK. It’ll be called Kapow! Comic Con. The likes of Jonathan Ross and Frankie Boyle are expected to make appearances along with plenty of stars from DC and Marvel.

It’ll run in April at the Business Design Centre in Islington. I’m there a lot for trade events and I can tell you to rush and book at the Hilton Islington as its right next door. I’d expect the hotel to sell out. I hope Kapow! Comic Con does.

IGN are clearly expecting Kapow! Comic Con to do well. The brand which is more closely related to video games will be the headline sponsor of the conference. They’ll have the IGN Arena inside the centre and that’ll let people check out the latest gaming releases. I’d expect IGN are seeking to make their money back by charging gaming companies a hefty price to feature in this area.

Update: Am I too much of a cynic? IGN (who are ace for reading this blog) reached out to me with a correction. I’d like to share it here.

It’s important for me to enforce the point that IGN will not make its money back from sponsoring KAPOW, or make any kind of financial profit from our association with the event and the IGN  It was important we stepped forward to support the vision of Mark Millar and his team, and the wealth of content we can generate at KAPOW will be of great interest to IGN readers around the world. 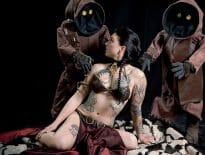