You are here: Home / Books / Comics / Which of the Fantastic Four died today? [Spoiler of Doom!]

Marvel aren’t saying whether something else will come back in the comic’s place.

If you’re worried about spoilers then stop reading! 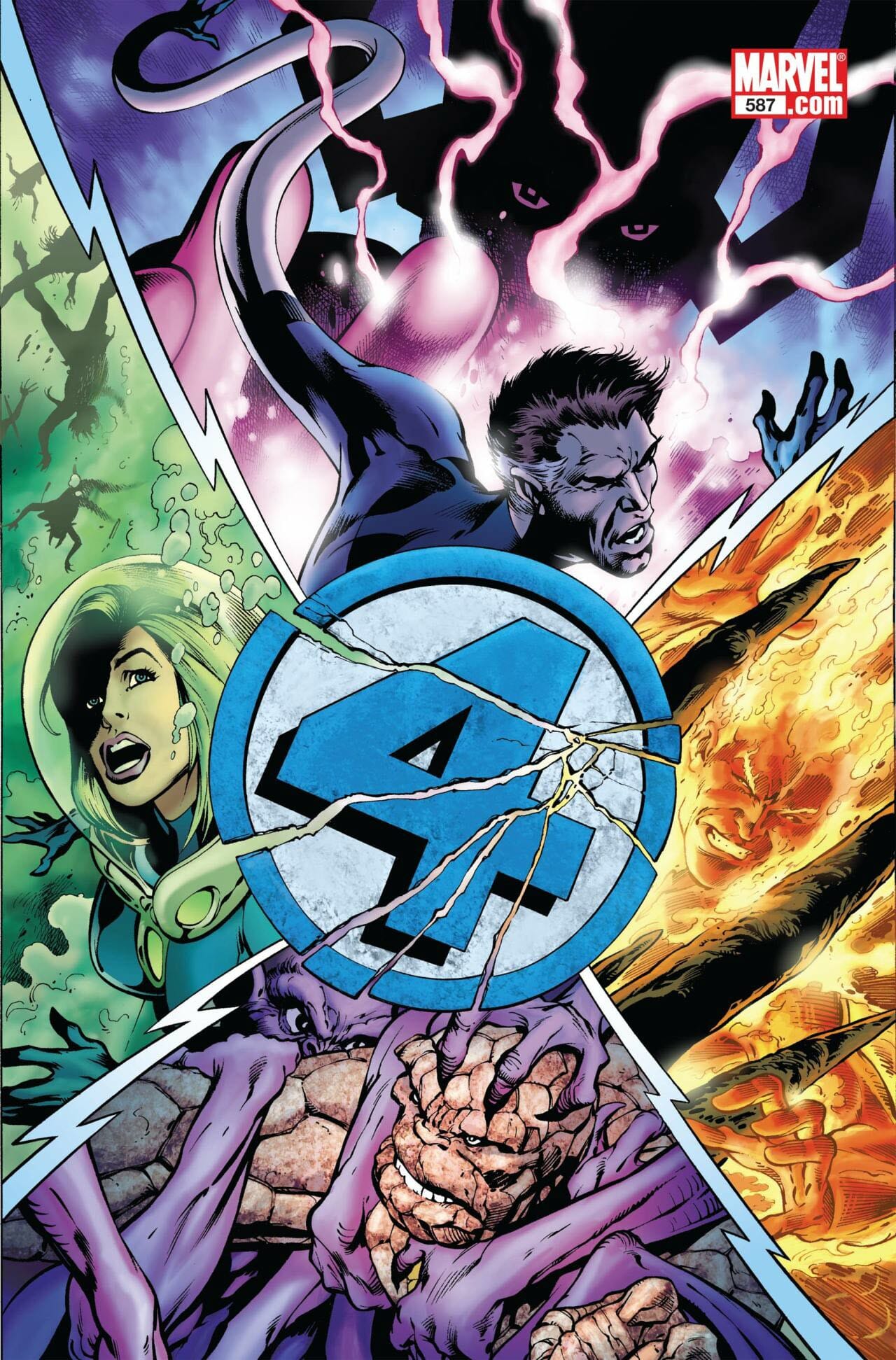 The Human Torch is out. Jonny Storm is dead.

One of the best places to go read about this is Comic Book Resources. They’ve got a great write up and some fantastic quotes.

Tom Brevoort, SVP of Publishing at marvel, told them;

“Jonathan Hickman [writer of Fantastic Four] came to us two years ago with a vision for evolving the characters and concepts introduced to fans 50 years ago in Fantastic Four #1 – and quite frankly his vision blew us away.

The death of the Human Torch is the first major move in this incredibly exciting evolution of the legendary Fantastic Four franchise and a necessary part of the larger story we will be telling featuring the beloved characters moving forward.”

There’s no shortage of press coverage on this. Already I’ve seen comics on fan sites complaining that radio broadcasts have “blurted” out the news and ruining the surprise.

Even the Associated Press are in on the story. Here’s a great video summary of what’s going on.

I’m really not sure the Human Torch will be gone for long – although he’s hardly a Superman or Batman on the scale of things. Do you agree?

Instead I think Marvel will use this to drive the Fantastic Former Four in a whole new direction – got to wonder whether The Thing sticks with the husband and wife team – and then re-introduce the Jonny Storm later.

Does the Human Torch work as a solo hero? Hell yeah.

Interestingly, Marvel seem to be expecting – as the AP report says; even hoping – for a backlash. I suspect Marvel will translate a blacklash to mean “people care”.

“It’s very easy to develop cynicism about the stories we tell. The only way to combat and conquer it is to have a story that touches on the humanness of people that has emotional resonance and truth to it. The fact of death is something every human being can relate to. I would argue that a well-told story of a character’s demise is not necessarily undone by them coming back later.”

Where do you sit? cynicism, backlash, hope or somewhere in between?

Which of the Fantastic Four died today? [Spoiler of Doom!]

time to read: 2 min
Music Cthulhu chant sung to the Tiny Toon theme song
Comics Graphic.ly secures another $3m. Real life comic bo…
💰 Copper Coins 💰 Geek Native is an affiliate and may earn commission on purchases you make from third-party sites.
🍪 Privacy & Cookies 🍪 The site uses cookies to survive. By accessing the site, you agree to use your browser to control cookie use or take 1d4-3 privacy damage (tracking). If you defeat cookies via ad blocking, please consider the Patreon. An intro to cookies, and how to control them, can be found here. I Manage Cookies