I really like it when the spotlight of the blogs shine on someone who is clearly rich in talent.

This time round we’ve got Jo Roberts aka Eitanya on DeviantArt. Jo makes plushies based on RPG characters. That’s fantastic. Blogs are pointing out that she’s managed to make Mass Effect‘s Garrus Vakarian rather cute. I kinda like the Saren one too! 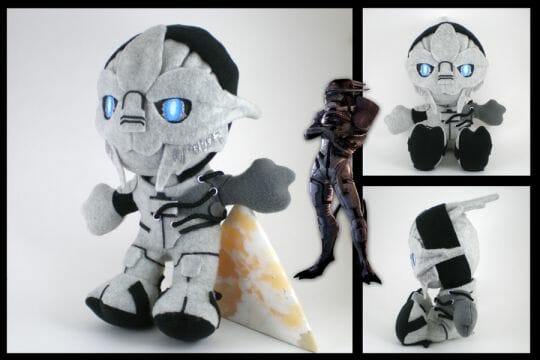