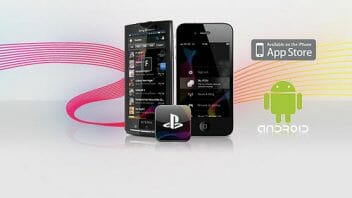 I’ve long pushed the common sense theory that Google and Sony need to be allies; Microsoft already has the Xbox 360 to tie in with their web strategy, Apple is attacking Sony’s PSP position with the iPad, iPhone and iPod Touch and that leaves Google to get in to hardware-connected-to-your-TV market in conjunction with Sony.

It’s no surprise (but pleasing, never the less) to see there will be an official PlayStation app for Android. All you need is Android OS 1.6 so even Sony Ericsson phones (with a bad habit of being many versions behind the latest Android release) should be able to run it.

PlayStation are also letting iPhone users have an official App to. I think this makes sense. It means if someone is sitting on their sofa, reaches for the iPhone to play a game that they might well be reminded of their PlayStation presence.

So, not hugely impressive but more than just a skinned RSS reader. The App will be geo-sensitive. If you’re in Europe then you get updates from the PlayStation European blog. Not every country in Europe is getting access to, the lucky winners are UK, France, Germany, Spain, Italy and The Netherlands. It will, however, be free.

Geek Stuff Impressive LEGO Terminator
💰 Copper Coins 💰 Geek Native is an affiliate and may earn commission on purchases you make from third-party sites.
🍪 Privacy & Cookies 🍪 The site uses cookies to survive. By accessing the site, you agree to use your browser to control cookie use or take 1d4-3 privacy damage (tracking). If you defeat cookies via ad blocking, please consider the Patreon. An intro to cookies, and how to control them, can be found here. I Manage Cookies