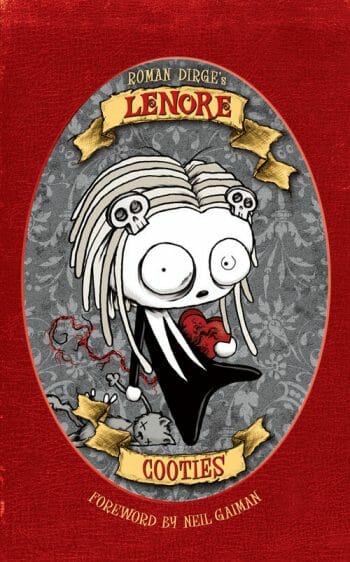 I was introduced to Lenore via the trailer for Lenore #2. That trailer was all I needed to know about Lenore – she’s a cute little dead girl, she’s stalked by Mr Gosh and it seems she may be a little unstable herself. Okay, more than a little unstable but cutely so.

The mastermind is Roman Dirge. He’s the author. He drew and coloured the illustrations in the book too. No surprise that “Cooties” has such a warm foreword from Mr Neil Gaiman himself.

The premise of Cooties is simple. Lenore gets bored of being in Heck (having died, again) and simply leaves.

You can imagine how this would annoy the Dark Overlord. He can’t be having dead girls get up and return to the world of the living just whenever they want.

In order to return Lenore to Heck the Dark Overlord sends the unstoppable bounty hunter, Pooty Applewater, to go bring her back.

Lenore, the cute little dead girl, has friends. There’s Mr Gosh who would do anything for her. There’s Ragamuffin, once a feared vampire, now a plushy toy. There’s Taxidermy, the odd deer/horse corpse thing (but rather polite), who lives in the woods.

That’s the thing; the actions in Lenore are terrible but funny at the same time. Dirge has the magical ability to make you laugh at comic panels you should not be laughing at. There’s deadpan humour for the dead girl.

There’s a lot to be said for the physical book too. It’s a wonderful red coloured hardbound tome. Lenore: Cooties is collection #3 of Roman Dirge’s stories. It’s a must for any Lenore fan and it’s a good a place as any for anyone (like myself) wanting to get into the series. Smart geeks will be hitting the online stores to buy this for each other as last minute holiday presents.

As it happens there’s more than just Lenore in Cooties. The collection of stories is broken up with short comics detailing Dirge’s real life adventures; be those trips to weird Japanese bathrooms or the things he put his mother through as a kid. I much preferred the Lenore strips.

It’s perhaps best to think of these additional sections as interludes rather than filler. I think back to back Lenore and the dark humour would begin to diminish. The interludes help you recover and get excited all over again for the next Lenore chapter. 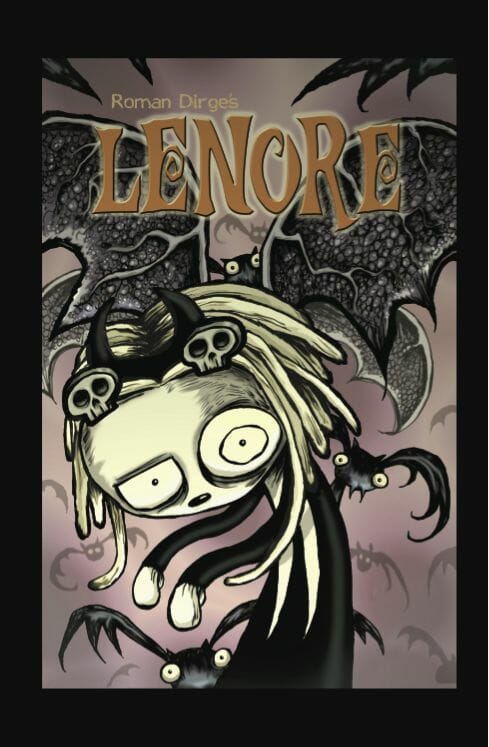 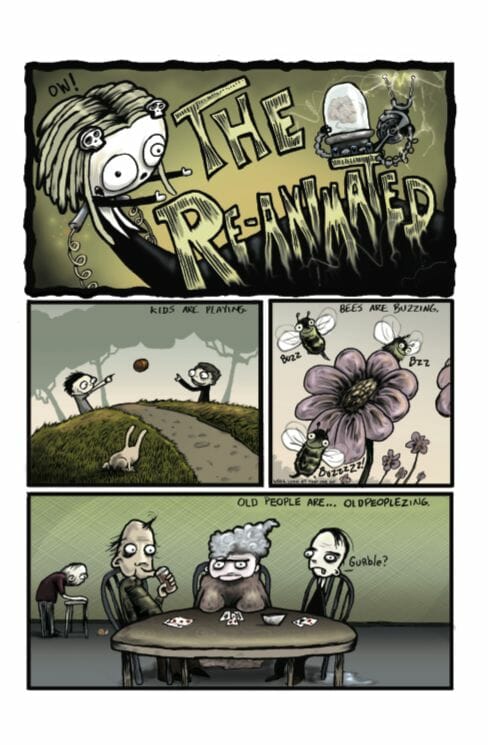 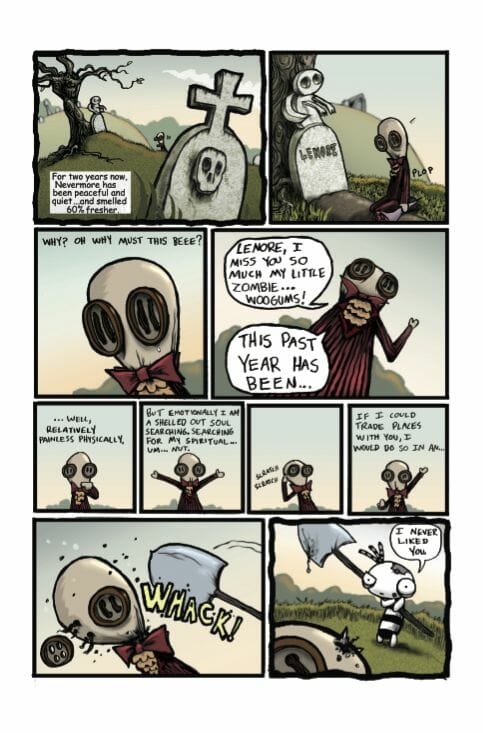 Disclaimer: My copy of Lenore: Cooties was provided by Titan Books. No money exchanged hands and I wasn’t asked to be a Lenore fanboy. It’s also thanks to Lenore that Geek Native is able to share samples of book. 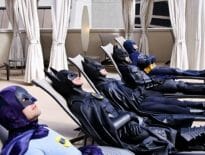