You are here: Home / Movies / Sintel: Sad but independent and beautiful

Sintel is an independent short film. It’s an animation that makes use of the open source (free) 3D Blender software. The film itself was funded by 1000s of donations from the internet.

Seen it? It’s certainly deserves to be on every geek’s watch list and it’s only about 15 minutes long. The premier was in the Netherlands Film Festival on September 27th of this year. It’s already had over 1,000,000 plays on YouTube. In fact, it’s sneaking towards 2 million.

What do you think? Could this give the animation studios a run for their money or do you think it’s substandard?

Sintel: Sad but independent and beautiful 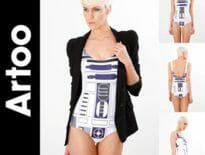