DriveThruRPG publisher Catilus and Patreon-funded illustrator is in the Spotlight this month.

How did this happen? It’s due to Geek Native’s Patreons, who voted Catilus as the first interviewee of 2023. You can see this month’s Spotlight vote.

As a bonus, Christina, the talent behind the brand, has given Geek Native permission to use any of her publicly shared art in this post, so I’ve taken that kindness to heart and been liberal.

Lastly, as a warning, I took the chance to talk about One D&D and OGL. That’s a moving feast with several updates this week, so please contextualise this chat in time. I know; I was a jerk for asking!

As usual, starting at the start… is a start. I’ve talked to RPG creators who have named their brand and studio after favourite worlds or characters before, but Catilus has a twist on that tale (tail?).

Who is the RPG publisher Catilus, and where did the name come from?

The catilus was originally a tiny familiar-type creature I created for one of my RPG characters that I played online with friends. It’s a magical hybrid, half-cat half-nautilus, hence the name.

Once I started making art professionally, I chose Catilus as an artist name, since it’s whimsical and fun nature does express my art style very well.

Which products do you think you’re best known for?

I believe I’m best known for my TTRPG item cards. It is thanks to them that people started to notice my art in general. Some of them have been getting thousands of daily views for years on Pinterest. I can still hardly believe it.

Which products would you like to be known for?

Frankly, everything I do. I make all my art with the hope that it will entertain and that it will reach as many people who like my stuff as possible. I don’t really see my creations as commercial products, to be honest. Although I do art professionally, my priority as an artist has always been to create things that inspire and offer value to other people’s lives.

Cute Creatures Compendium is a silver best seller at DriveThruRPG. Well done! Are you surprised at the success?

I was at first for sure. The Cute Creatures Compendium Kickstarter almost didn’t happen after all. The book began as a small reward for my amazing Patreon supporters. Then one day my GM and I wondered if it could make a decent Kickstarter campaign. It totally surpassed our

expectations and now the book is doing fine. (It might even be an electrum best seller by the time you post this!)

In a quick chat with Cat before the interview, I picked up some extra insight which meant I could keep talking about cute animals. So what’s what we did!

You’re trained in veterinary medicine, is that right? Did that experience influence the Cute Creatures Compendium

Yes and no. I always loved animals and drew them a lot. Studying to become a veterinarian was partly due to that love. So, the interest in drawing animals and cute monsters started much earlier than my university years. Some of my very first drawings were of horses. Then I started drawing fantasy creatures after Pokemon and Digimon became a thing.

Do you have any concerns or highlights on how tabletop RPGs and their supplements tend to portray animals or animal welfare? I’ve seen mules in equipment sections in books, and wolves are sometimes disposable magically summoned cannon fodder for fights.

I think it’s important to separate fantasy from reality in this case. While I certainly am against the abuse of real animals, writing (or playing) a story is a different thing. RPG worlds can be very dark and cruel in general. Characters can be assassins, barbarians, and all sorts of violent things.

So, abusing animals in fantasy settings may sometimes just be part of that world’s overall cruelty. Having said that, I hope that my work helps those who want to create peaceful settings get a few ideas for adventures with animal friends and quests that aim to save the world and the creatures in it.

I have got a similar question about art. Does the RPG community treat artists well?

You will get a whole array of different reactions from the community. Most people are either indifferent or silently supportive. Then there are the typical trolls and the people who instead of commenting on the art, attack the artists themselves, something that happens mostly to young artists and newcomers but remains a problem later on as well. Many amazing creators have been bullied away from major platforms because they just expressed themselves.

The great thing about the RPG community is that it’s full of creativity. Almost everyone who’s in it is a creator and it’s a pleasure to be among so many who love to create fantasy worlds and characters like I do.

Do illustrators in the RPG community have any social responsibility? For example, if illustrating a fantasy scene, should creators have second thoughts about burly male adventurers rescuing a scantily clad princess in distress?

I believe that people always have a social responsibility in everything they do. For me, in the context of this question that responsibility lies in drawing more colorful, inclusive, and ultimately more authentic and interesting themes. Let burly adventurers rescue scantily clad

I thought I’d ramp up the questions with even harder ones… but as you can read, I didn’t do very well. Cat has clever and thoughtful answers to every one of my attempted diner table enigmas.

Here’s one of those nightmare hypothetical party game questions; if you could only have one of the three in your life, which would you pick; animals, art, or gaming?

That’s an easy choice. You can’t have life without animals. Biologically, humans are animals as well. Gaming is a subset of art, and you can’t have art without life. So, I have to pick animals because if I choose anything else I’d be killing us all!

Here’s less of a hypothetical question about marketing and selling your creatures, and that’s which platform is most important to you. Patreon, Facebook or DriveThruRPG?

All are equally vital and function synergistically. I could not work with only one.

I’m taking this chance to ask designers and publishers about One D&D. What are your hopes, if any, for the next evolution of Dungeons & Dragons? What should Wizards of the Coast do next?

Due to the recent events, I’m quite disenchanted as far as One D&D is concerned. I found the basic idea great: an online platform to play D&D, created by the those considered to be the best to do so. Now, that’s one. WotC should, in my opinion, work hard to win back the trust of the community. RPGs in the online age might be the next step in the evolution of storytelling, and

WotC could have been at the heart of this evolution if only they looked at the bigger picture and worked together with the community.

I’ve been asking that question for months, but brand new for you, hot in the heat of the Open Game License (OGL) drama. Have you been tracking that? Do you have any thoughts?

As a 3rd party content creator, I am directly impacted by this. All I ever wanted was to share the fun I experience when playing RPGs with other people. The original OGL allowed me to do that, and I will continue to do so regardless of what license I’ll end up using for future creations.

Perhaps some business-focused people don’t understand that for many of us, the money we make from RPG games is just a means of making more RPG content for everyone to enjoy.

That’s how I approached this originally and this won’t change. However, even if WotC cares only about money, it’s still in their best interest to allow the broader RPG community to grow. Indie creators are also some of the most passionate and dedicated players.

As regular readers know, I like to take this chance to get some insights into one’s coming. Can I land a scoop?

What will Catilus do next?

I have just launched my fantasy comic “MageQuest” on Webtoon. I’m also working on my next Kickstarter. Whatever the future brings, I’ll continue to work hard for the people who have so kindly supported me and for all those who might consider supporting me in the future.

As noted, Catilus is an artist whom you can support through Patreon, but there’s also a growing collection of tabletop RPG successes. We can find these on DriveThruRPG and so filter by the latest updates.

One of my absolute favorite artists!

She’s kind, professional and makes excellent works for any and all to enjoy. 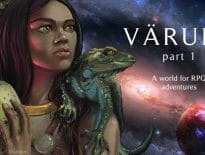 Tabletop & RPGs The Väruld RPG comes to Kickstarter with a system… 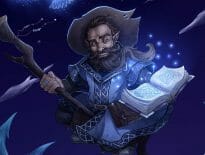 Tabletop & RPGs Wizards of the Coast backtrack on OGL 1.1
wpDiscuzComment Author Info
Manage Cookie Consent
This site uses cookies 🍪, and links are ads that may earn bloggers some money 💰, and with this alert, I very much hope that these dark truths 🧌 are acknowledged.
Manage options Manage services Manage vendors Read more about these purposes
Preferences
{title} {title} {title}
Loading Comments...