You are here: Home / Games / Tabletop & RPGs / Gorilla My Dreams: The Marvel Multiverse RPG gets a third-party setting

Gorilla My Dreams is a webcomic about a depressed gorilla called Knockaound-Guy who sees himself as a superhero, and it’s now on Kickstarter to become an RPG.

The quickstarter project is a third-party publisher setting for the Marvel Multiverse RPG. The full rules for the game, and perhaps an official license, is due this summer but you can gt the playtest ruleset now. Curious? You can back this indie RPG on Kickstarter.

The Kickstarter has very humble funding goals, which have been easily met and should now go on to produce a guide to the gangs of Struggle-Town, the return of one of KG’s enemies in a pre-written encounter and some street-level pre-gen characters.

Ahmed Raafat’s art and Big Tim Stiles’ writing combine to make one of the most original, clever, and entertaining comic books you’ll ever come across.

There’s only one pledge, and it’s equally humble. You can support the project by sharing it on social media, offering cash or both. If you provide AU$2 (about £2), you’ll get the Gorilla My Dreams: The Role-Playing Zine PDF from DriveThruRPG.

Cirque du Nocturne estimate delivery as soon as next month but concede there’s no print option. The Kickstarter says;

Unfortunately, there are a number of reasons I’ve opted for this campaign to be a digital book only; There’s still a world-wide paper shortage happening, shipping from Australia is almost as brutal as a kick in the nuts, I’m old and tired as hell.

DriveThruRPG’s print-on-demand solution might solve all those barriers, except the age and energy levels, but we’ll have to wait and see.

Gorilla My Dreams: The Marvel Multiverse RPG gets a third-party setting 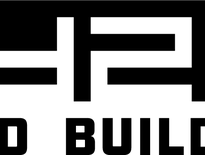 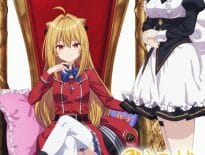 Anime Experience The Vexations of a Shut-In Vampire Prin…
wpDiscuzComment Author Info
Manage Cookie Consent
This site uses cookies 🍪, and links are ads that may earn bloggers some money 💰, and with this alert, I very much hope that these dark truths 🧌 are acknowledged.
Manage options Manage services Manage vendors Read more about these purposes
Preferences
{title} {title} {title}
Loading Comments...