The update includes new rules, character options, cypher and fantasy creatures. The RPG Godforsaken provides most of the new additions.

Fantasy—tales of heroes, monsters, and magic—is arguably the oldest genre of human fiction. It’s also the genre that first inspired us to step into imaginary worlds through roleplaying games, and it remains the most popular type of RPG setting. Godforsaken takes the Cypher System on a deep dive into the infinite variety of fantasy realms, with rules, character options, gear, and a complete, ready-to-use setting that makes the most of the fantasy genre.

Third-party publishers are looking for alternatives to Wizards of the Coast’s OGL for D&D and 5e content.

Monte Cook and team acknowledge this in their news, commenting;

With the surge in interest in open game licenses lately, it seems like a great time to announce that this content is on the way!

There’s also an SRD for Cypher, which provides the material designers need to create RPGs for dozens of genre games. Handily, the core Cypher System Rulebook is currently on sale at the Monte Cook Games website and at DriveThruRPG in the New Year, New Game. It’s usually $22.99, and the sale has taken the 450-page PDF down to $11.49. 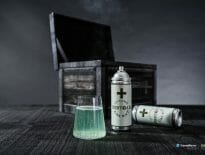 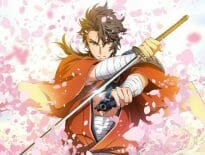