You are here: Home / Books / Gully dwarves, really? A review of Dragons of Autumn Twilight

I’ve been gaming since the 80s and have only now just experienced the first Dragonlance book.

Is this an error, a crime? Well, I think it’s about right, and it was actually a solo RPG The Test of High Sorcery that persuaded me to give the book a try.

It’s hard to imagine the fantasy becoming the phenomenon that it became and is. I suspect it helps to be a hot-blooded teenager while reading.

I didn’t read it. I listened to while I walked and the expert narration of Paul Boehmer and production of Audible helped a lot. It’s exclusive to Audible.

When I say the Dragons of Autumn Twilight is okay, I don’t mean any scene with gully dwarves in it, and those are painful. I won’t mention them again.

Dragons of Autumn Twilight by Margaret Weis and Tracy Hickman is a fantasy novel set in the world of Dragonlance. It follows the adventure of a band of unlikely heroes led by the warrior Tanis Half-Elven. They must face the evil Dragon Highlord, Verminaard, who has enslaved the people of their home town of Solace. The heroes must battle the forces of evil to save the town, and ultimately the world, from destruction. Along the way, they make allies and enemies, uncover secrets, and discover the true power of friendship. Together, they must fight to restore peace and justice to the land.

A mission quest to get the magic item to the right place while avoiding the attention of the corrupted magic user serving the scarier dark god.

My favourite and, at times, cringy part of the book is the infighting. Tanis and co feel like an adventuring group. They bicker. They do their own things.

The Audible book is split in two, with the two parts being called book one and book two. It’s in book two that we meet Fizban. That was a highlight as he’s the titular wizard from D&D’s Fizban’s Treasury of Dragons.

Despite that naming convention, I think the actual book two of the Dragonlance series is Dragons of Winter Night and the first chapter of that is included as a free preview at the end of the audiobook.

Audible’s unabridged version is 20 hours long, making it good value for money, and as noted, Paul Boehmer does a cracking job.

This puts me at odds with some of the reviewers on the platform. On Audible, the story gets 4.4/5 while the Performance gets 3.9/5/0 which is dragged down by some 1/5 stars. I beg to differ, I think Boehmer could have gone full cheese with the narration rather than be sombre at times to hint at the darkness in the story, but I’m not sure I’d have made it to the end if they had.

In fact, I spy that Paul is the narrator on I, Strahd: The Memoirs of a Vampire and that must now be a temptation for D&D fans looking for non-high fantasy.

An historic fantasy, one of value and interest to gamers, but I think it’s dated more swiftly than Weis or Hickman would have hoped. For example, count how many times it’s notable when there’s time made to note that a woman has done something because she’s a woman.

I’m glad I’ve finally joined the ranks of tabletop gamers who have firsthand (or ear) experience with Dragonlance, but I’m not in a hurry to recommend it to others.

I listened to the Audiobook recently having reread it as a teenager 30ish years ago. I really didn’t enjoy it as much, it read like a D&D session transcribed, I was really disappointed as this was my gateway drug into fantasy along with the Forgotten Realms Novels. I think I’ve read more than 30 Dragon Lance books, some are good, some are terrible.

Gully dwarves, really? A review of Dragons of Autumn Twilight 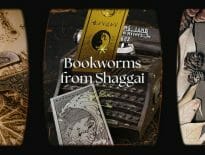 Books The Bookworms from Shaggai: Cthulhu fashion for yo… 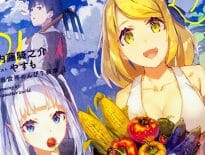 Anime Harem farm with angels? Farming Life in Another Wo…
wpDiscuzComment Author Info
Manage Cookie Consent
This site uses cookies 🍪, and links are ads that may earn bloggers some money 💰, and with this alert, I very much hope that these dark truths 🧌 are acknowledged.
Manage options Manage services Manage vendors Read more about these purposes
Preferences
{title} {title} {title}
Loading Comments...