You are here: Home / Music / D&D Christmas carols are a thing – and there’s a volume of them

The latest is Hark! I Am a Hireling, which he blogs reflects the sad fate of many NPCs.

As is tradition on this day, I’ve crafted a song for you to cringe at! This year I’ve taken the melody of “Hark! The Herald Angels Sing,” and replaced the lyrics with a little story from the perspective of a hireling. One that I think reflects a common experience for these ill-fated NPCs in many OSR games

Hark! I Am a Hireling

“Hark! The Herald Angels Sing” is a popular Christmas carol first published in 1739 in the collection Hymns and Sacred Poems by Charles Wesley. The song’s original version had nine verses, though modern versions typically only include four. It is believed that the song’s melody was borrowed from an earlier German tune written by George Frideric Handel.

If you’re more interested in tabletop history, or equally so, than the musical background, there’s a selection of Nick’s games on DriveThruRPG which includes both the Deadly Dungeons and, well, The Daschund Dungeon. 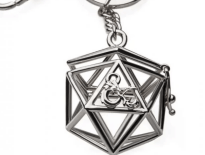 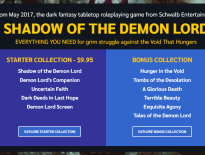 Tabletop & RPGs Two times the grim RPG: Shadow of the Demon Lord d…
wpDiscuzComment Author Info
Manage Cookie Consent
This site uses cookies 🍪, and links are ads that may earn bloggers some money 💰, and with this alert, I very much hope that these dark truths 🧌 are acknowledged.
Manage options Manage services Manage vendors Read more about these purposes
Preferences
{title} {title} {title}