You are here: Home / TV / Anime / Crystal dragon encounter: Is It Wrong to Try to Pick Up Girls in a Dungeon? IV

Is It Wrong to Try to Pick Up Girls in a Dungeon? IV’s trailer actually shows our main character picking up a women in the dungeon even though he seems to be helping her escape from a gruelling melee.

DanMachi (as the anime is known) has a protagonist who’s gone from weakling to hero, and we see just the level of encounter he can confront in the trailer, but we don’t see fan-favourite Hestia.

This Japanese-only trailer introduces the opening theme song for the series and the ending theme. The first is Saori Hayami’s Visual Purple, and the latter Sajou no Hana’s Gash.

DanMachi 4 will air on several channels in Japan, starting on January 5th with ABEMA. The streaming is not so straightforward, as it has been reported that Crunchyroll had removed the series from their platform, but I can still see it.

Sentai Filmworks picked up the license in 2020 and allowed HIDIVE and Crunchyroll to both air the show. It seems likely HIDIVE will get IV, and we might have to see about Crunchyroll. The previous removal may be due to the Funimation and Crunchyroll merger or geographical license changes.

Previously, a trailer for the show recapped the three seasons so far.

Is It Wrong to Try and Pick Up Girls in a Dungeon? is set in the world of Orario, where adventurers band together and look for treasures in an underground labyrinth known as Dungeon. However, for Bell Cranel, fame and riches are secondary to what he wants to find the most: girls. He soon finds out though, that anything can happen in Dungeon, and winds up being the damsel in distress instead!

Crystal dragon encounter: Is It Wrong to Try to Pick Up Girls in a Dungeon? IV 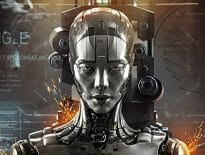 Movies JUNG_E: The A.I. Combat Warrior from the dangerous… 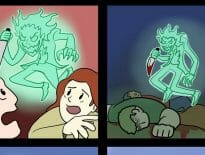 Comics But a Jape: Redefining vengeful (not festive) spir…
wpDiscuzComment Author Info
Manage Cookie Consent
This site uses cookies 🍪, and links are ads that may earn bloggers some money 💰, and with this alert, I very much hope that these dark truths 🧌 are acknowledged.
Manage options Manage services Manage vendors Read more about these purposes
Preferences
{title} {title} {title}