You are here: Home / Movies / JUNG_E: The A.I. Combat Warrior from the dangerously talented mind of Train to Busan

Yeon San-ho directed Train to Busan and will return to Netflix with JUNG_E. JUNG_E is set in the post-apocalyptic future, a 22nd century with a civil war.

The holding page is up on Netflix with a January 20th launch date.

In a post-apocalyptic near-future, a researcher at an AI lab leads the effort to end a civil war by cloning the brain of a heroic soldier — her mother.

Yeon San-ho, who writes as well as directs, did Hellbound this year about an angel of death. That’s also been running on Netflix.

The JUNG_E trailer doesn’t give much away, although it’s pretty striking. There are elements of Borg, and that towering statue makes me think of Lord of the Rings and Judge Dredd for some reason.

A wiki entry says the world is brought low first by climate change, then the war in the shelter the surviving humans hide in.

JUNG_E: The A.I. Combat Warrior from the dangerously talented mind of Train to Busan 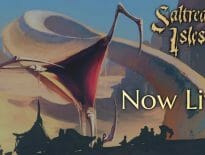 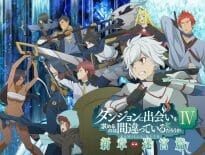 Anime Crystal dragon encounter: Is It Wrong to Try to Pi…
wpDiscuzComment Author Info
Manage Cookie Consent
This site uses cookies 🍪, and links are ads that may earn bloggers some money 💰, and with this alert, I very much hope that these dark truths 🧌 are acknowledged.
Manage options Manage services Manage vendors Read more about these purposes
Preferences
{title} {title} {title}
Loading Comments...