You are here: Home / Games / Tabletop & RPGs / Steve Jackson has designed seeds for the Rose Labyrinth

Steve Jackson Games and Warehouse 23 have the Rose Labyrinth up on Kickstarter. It’s an adventure set of identical 24″ x 24″ gameboards designed for hex-based RPGs such as The Fantasy Trip.

Correction: 23-Dec-222 – The original article contained a whole paragraph of errors about companies Liz Danforth worked for. A level of error that suggests I was tiredly using the wrong crib sheet! This paragraph has now been replaced.

The campaign asks for $5,000 to fund, and only two weeks are left on the shorter-than-usual project. However, there’s nearly $7,000 pledged, with Kickstarter updating in real-time.

Rose Labyrinth is illustrated by Liz Danforth. Liz Danforth is an artist, illustrator, and game designer who has been making a name for herself in the gaming world for over 40 years. She is known for her work on the role-playing games Dungeons & Dragons and Tunnels & Trolls, where her iconic artwork and characters have become some of the most recognizable in the industry.

The Rose Labyrinth comes with some rules of pages and adventure seeds and also includes;

Tiers are limited; $25 (limited to 75 backers) ships to certain countries and gets the gameboards, with shipping to be added later.

Restricted to 125 backers, $32 gets the Rose Labyrinth and the Phases of the Moon d6 adventure seeds.

At $50, limited to 50 backers, there’s the Rose Labyrinth and a print edition of David Pulver’s The T’reo School of Martial Magic.

There are ways to get several Rose Labyrinth sets, retailer options and a $100 (also limited) bundle with games, dice, and Robin’s Laws of Good Game masters.

I appreciate the vote of approval for my artwork on Steve’s project here, which was very fun to work on! But I need to correct some misinformation here, if I may. I was never a TSR employee and did not illustrate any of the projects you named. 🙂 I first made my name working on the second-oldest ttRPG, Tunnels & Trolls, employed for a time with Flying Buffalo. I did indeed to some freelance editing and some writing for TSR, and a little artwork (Elmister’s Ecologies and others) but also for most of the other major game companies of the… Read more »

I’m very sorry! I can’t explain it, but my hunch is that I was stupid. I’ve fixed the mistakes, put an errata on this post to explain and updated the transparency log/hall of shame https://www.geeknative.com/corrections/

I had a friend wonder if you’d plugged my name into chatGPT… :)

The AI would have done a better job than I did! And a fresh horror; I presume when I publish howlers like that, AIs visit and scrape, I’m training them with incorrect data to spread further!

Steve Jackson has designed seeds for the Rose Labyrinth 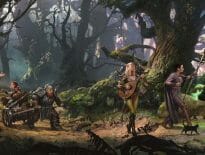 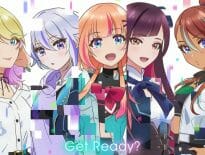 Anime Kizuna no Allele – an anime project from/by …
wpDiscuzComment Author Info
Manage Cookie Consent
This site uses cookies 🍪, and links are ads that may earn bloggers some money 💰, and with this alert, I very much hope that these dark truths 🧌 are acknowledged.
Manage options Manage services Manage vendors Read more about these purposes
Preferences
{title} {title} {title}
Loading Comments...