You are here: Home / Games / Tabletop & RPGs / YZ Worldbuilding: Into the Odd – A Whole Campaign in One Book

Year Zero World Building creates campaign settings using Free League’s RPGs. This month covers Into the Odd. This one book RPG contains not only a complete rule set but also an entire campaign, including dungeons, a hex crawl, and a city all between two covers.

Thanks to Free League for sending me RPGs to help in writing these articles. As a frequent customer of their kickstarters, pre-orders, and webstore I really appreciate their customer service and attention to detail coupled with amazingly written and supported RPGs.

If you are pressed for time but want to run a short but complete campaign with interesting locations, NPCs, and monsters, all you need is Into the Odd. Players have several options when making characters, and referees have complete support to run a campaign.

Player characters, as a default, come from the industrial fantasy city of Bastion. They are explorers seeking riches and magical Arcana. Three ability scores and hit points are generated, and then a starter package is drawn from a table by comparing the highest ability score and total hit points.

One player might have a 16 in Dexterity and 3 hit points. Their PC starts with a hatchet, net, fire oil, and a burnt face. Another may have an 11 in Strength and have 4 hit points, starting with a musket, bayonet, and a mutt with a telepathic link. The final PC has a 13 in Willpower and 5 hit points. They start with bolt-cutters, a blunderbuss, and a fiddle.

These semi-random results provide a detailed look into what a citizen of Bastion seeking fame and fortune may take with them on the road and perhaps a distinguishing mark. But the PCs don’t have to be from Bastion

They also have the choice to be mutants from the underground, common folk, unhumans, or roll on another random starting table. A mutant with 2 mutations (covered in barnacles and possessing a red gaze, a weapon) and a bow. A simple folk with a bow and a brick on a rope as a trinket. An unhuman intelligent ape with a pistol and an incredible hat. Or maybe trade in the musket and mutt for a spike chain, shield, and hyena-dog or if Strength was a bit worse a spike gun, absinthe, and Arcana: skull magnet (attract/repel anyone with a bony skull).

Once the player characters are created, the referee can use all the tools the Into the Odd provides: an entire mini-campaign complete with dungeons and adventures. An entire campaign can kick off in room 0 of The Iron Coral. A referee rolls to see if a wandering encounter happens, maybe a slug crate with gold inside or an untrustworthy treasure hunter wanders in.

The first encounter takes place on the Iron Coral itself. Descriptions cover what is seen, what creatures and unique features are there, and any treasures that can be found. Three levels hold a variety of mysteries like the death hand, which absorbs a corpse’s life force allowing a PC to talk to it or release the soul energy later as a damaging blast. The rooms of the Coral can change randomly day by day as well.

Beyond The Iron Coral is an island mapped out in hexes depicting the Fallen Marsh. Rumors about the Fallen Marsh abound and each hex has a random encounter. The marsh is further fleshed out with the Hero’s Tomb of a revered canine, the Burning Tower, Green Caves, Overgrown Shrine, and Hopesend – Last Port of the North.

Hopesend has a collection of places, random happenings and rumors, people, and ships arriving from Bastion. A d12 roll of 7 results in the docking of Reaper’s Wain, a colossal tuna and pirate hunting boat pulled by an orca named Reaper. Reaper has eaten strange coral recently and no longer follows the captain’s orders. Sounds like a possible adventure in the making.

In addition to character creation and the campaign, the Oddpendium assists players and referees with random lists of ideas. A referee can use these as a toolbox full of tools to flesh out an entire adventure, especially those set in the city of Bastion. A roll of 5 might mean the Borough Council is starting an army conscription starting with the PCs perhaps. The public reaction might be, “It’s about time!”

Perhaps the PCs, in the army now, are supposed to stop an Astral Cult of Chained Knights with a symbol of a Spire and who are now outlawed. Just beyond the darkness is the entrance to their lair, a newspaper office with printing presses printing either seditious lies or the terrible truth (or both) and filled with shifting and dropping blocks. The knights in turn guard a prison filled with living chains and are trying to stop a demon from being released, they claim, by the army on behalf of the Borough Council. Possible spoils include a town crier bell, an astral pistol, and a glowing sword that ignores armor.

To get to the darkness, the PCs have to go to an island of dense cacti on the back of a giant turtle. They have to eat cacti juice that tastes inky and allows the drinker to read books instantly by waving a hand over them. Drinking summons the darkness that leads to the newspaper office of the Chained Knights. And so on.

So armed, a referee can run an entire campaign in The Iron Coral and then the Fallen Marsh and end in Hopesend. If things are going well, the referee can offer the PCs a ride on a ship with plenty of islands to explore. Eventually, Bastion can be reached, and an entire city campaign can kick off. All with this one book to get things started.

In between adventures, PC can run business enterprises, muster a military force, or take on an apprentice. This is in addition to improving hit points and possibly ability scores. The referee also has a few more resources with solid advice, treasure basics, and seven sample monsters beyond those in the provided adventures.

Into the Odd is packed with vital character information for players and adventures and an entire campaign for referees. It adds further value with random lists to help build adventures, especially in Bastion and in the surrounding islands. Months of world building and campaign play can spring from this one rulebook, and learning the rules is easy enough.

YZ Worldbuilding: Into the Odd – A Whole Campaign in One Book 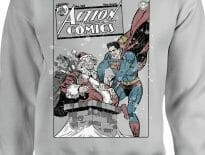 Geek Stuff These are The Hut Group’s top ten Christmas … 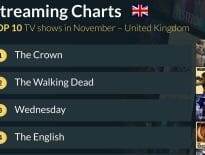 Geek Stuff November streaming charts: Is it geeky if it’…
wpDiscuzComment Author Info
Manage Cookie Consent
This site uses cookies 🍪, and links are ads that may earn bloggers some money 💰, and with this alert, I very much hope that these dark truths 🧌 are acknowledged.
Manage options Manage services Manage vendors Read more about these purposes
Preferences
{title} {title} {title}
Loading Comments...