Lead and Gold is an RPG for 3 to 7 players after a heist has gone wrong. It was funded quickly, and, at the time of writing, there are more than three weeks to join in.

In the Kickstarter, designer Alex Dodge tells a story of a convention playtester who was so caught up in the moment that their Fitbit alerted them to a high heart rate! You can hear that and find out more in the pitch video.

A host of design talent is lined up for this project and what looks like a gorgeous deck of cards for play.

The cards are used to build characters and a group, then work through the drama as the villains in the piece betray each other for safety, revenge or a less desirable outcome.

The goal is to figure out, and presumably do, something about the rat who betrayed them. Unless that’s you.

Lead and Gold runs entirely on a deck of cards–no character sheets or pencils required. When you play, you’ll draw character and relationship cards from the deck that will help you fill out your character quickly with the group, and answer questions about their past. You’ll also draw a card that might mark you as the rat–the snitch that betrayed the rest of the crew.

You can support the indie RPG by sharing news of the Kickstarter or by pledging some money. If you can commit $20 or more, you’ll be rewarded with cards and a fold-out rulebook for Lead and Gold.

At $25, you’ll also get a signed and hand-drawn bullet hole sketch from artist Bea Van Slea.

Backers at $30 get the full game and the GameZine add-on, while those at $35 get the rules, the zine and the bullethole art.

Leaping up to $100, which four people have done, leaving only one space left, adds a signed copy of the deck and a game with Alex Dodge.

The team estimate everything will be shipping by April 2023. 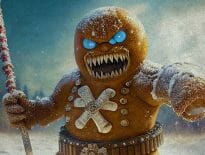 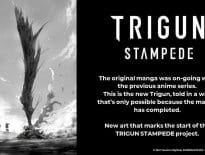