There are three posters for the anime Liar Liar and now a trailer. Liar Liar isn’t related to the 1997 Jim Carrey Liar Liar nor the Liar x Liar manga.

We don’t get much from the trailer except for a vibe and a reveal of the cast. The premiere is also revealed to be scheduled for next year.

Those cast members are;

The first poster is the official key visual for the anime.

This, the second, is from the novels’ illustrator, konomi.

The third is from Funa Yukina, who drew for the anime adaptation.

GeekToys are helming the project with Satoru Ono and Naoki Matsuura directing. Crunchyroll had previously surfaced a synopsis;

“Academy” is a school island where students compete against each other in a duel called “game” to determine their rank. Hiroto Shinohara got the top score ever in the entrance exam to the school island, which is the most difficualt in Japan, and beat last year’s absolute champion, Sarasa Saionji, on the first day of transferring to the school. He becomes the “Seven Star,” who reigns supreme, faster than any other in history. In order for him to fulfill his purpose on the island, he has to stay at the top even if it’s a lie. To do so, he’ll use anything, including cheating by Himeji, the beautiful maid who assists him as her master, and his complicity with Saionji, who is actually a fake lady. Win it all with lies and intelligence! The school brain game begins now! 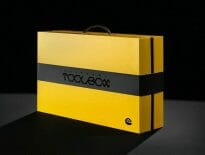