You are here: Home / Games / Tabletop & RPGs / Rowan, Rook and Decard’s DIE RPG is out

The official DIE: The Roleplaying Game is out in PDF and at Itch.io.

A physical edition is coming later, including a partner free PDF version; you can pre-order that.

DIE is originally a comic by Kieron Gillen and Stephanie Hans, a series significant enough to have a chunky Wikipedia page and have hundreds of five out of five reviews on Amazon.

It’s Gillen and Hans who wrote the RPG as well. The 408-page book is a complete set of rules and lets you build a world with your friends from their obsessions.

Player Characters in DIE are from the real world, who gather to play a game and then get stuck together in a fantasy realm. DIE asks, “what are you prepared to sacrifice to stay?”

It’s not about escaping; it’s about staying.

Indie RPG publisher Rowan, Rook and Decard have refined the game and assisted with edits and mechanics.

The result is a system with five character classes, each with impressive powers, which are all based on the comic book. These PCs can bargain with gods, augment their bodies with technology and even twist the laws of chance.

DIE costs at least $25 and comes with a .zip file of resources and the core rules.

Rowan, Rook and Decard’s DIE RPG is out 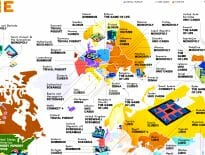 Geek Stuff Which are the most popular board games by country … 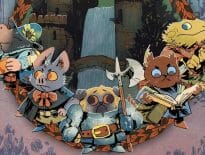