You are here: Home / Games / Tabletop & RPGs / Space 1889 aims for a new iteration of the iconic steampunk RPG and it is set a decade After

Strange Owl Games has come to Kickstarter with its first project and a new iteration for the steampunk alternative sci-fi Space 1889.

I’ve played the original at a convention, enjoyed it and had the setting described to me as a ‘What if…’ the Victorian theories of space and Aether were correct. Space 1889: After takes that setting weaves in a time jump, and sets it After. The campaign has a big target of $15K to hit and a month on the Kickstarter clock.

If successful, there will be two core books for Space 1889: After – one that uses the Empyrean system and another for 5e. The Empyrean system is based on the original, using d6s, a d20 danger dice and playing cards.

There’s not just space war games here as factions vie for power but social challenges, devices to tinker with and gravity storms to sail through.

Space 1889 appeared at the dawn of the steampunk movement. The boilerplate hulls of aerial gunboats and the hardy ethernauts who braved the dark reaches of space developed in parallel with the aesthetic so many know and love. In many ways, Space1889’s iconic art helped define the genre’s aesthetic!
You’ll find no magic here, rather science behaves as the eccentric geniuses of the period imagined it did. Combined with the influence of ancient alien technologies, almost anything is possible.

You can support the Kickstarter by talking about it, and at $25, the PDF of the core rules, 5e or Empyrean, and the digital stretch goals are unlocked.

If you want both, it’s a $40 pledge, so there are some economies of scale.

The print options appear at $70 and come with the PDFs, but you have to pick your rule system. Sadly, shipping is restricted to certain countries only.

You can have multiples of the books at higher tiers but can’t mix and match. However, there are add-ons which allow you to work around that.

Strange Owl Games estimate a delivery of March 2023 for the PDFs and October for the printed books. 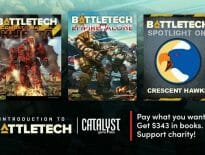 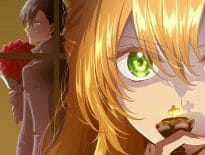