Don’t read this if you want to avoid Attack on Titan spoilers.

If you’ve seen the anime then this infographic still has spoilers for you. The information below is based on the manga series and reveals who some key titans are. Want to know who the Colossal Titan is? Coming up. 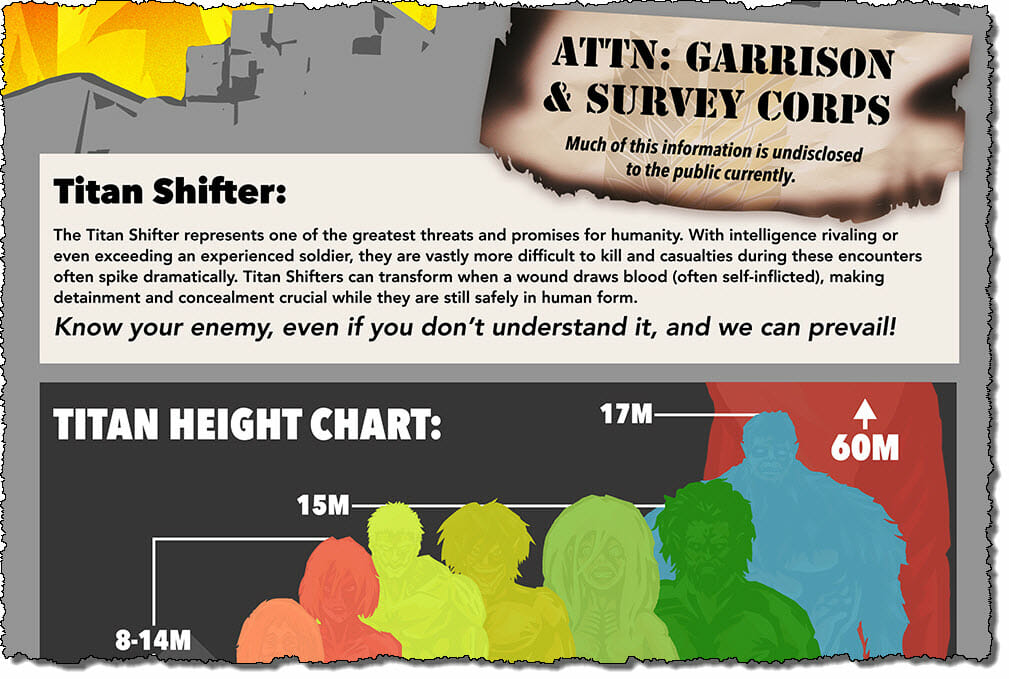 Still here? You were warned. The full infographic, which starts in just a minute, is laden with spoilers. If you don’t want to know the truth behind some of the series most deadly enemies then check out these short films instead.