You are here: Home / Geek Stuff / Poll: Which is the scariest b-movie era monster?

Geek Native has just concluded a competition to win Crawl of Cthulhu, a Babies and Broadswords adventure from Even Footing Games.

The winner now has the Babies’ core rules and a scenario in which something is haunting the hallways of Lady Chastity’s Home For Unwanted Children and Other Errors in Judgement.

Lady Chastity sounds scary! To enter the competition, readers had to say which classic b-movie monster was the scariest. It was a tie, so since it’s Halloween, let’s throw open those doors again and run a poll.

There’s no prize this time, but which do you think is the scariest?

If you’re on your mobile, you may need to scroll in the iframe voting widget. It’s a Google Polls hack!

The pie chart below isn’t quite real-time and needs a few or so to refresh, but it does show recent votes. Is your scary thing eating the pie?

I asked Even Footing Games’ Jason Cassidy who they thought was the scariest, and I didn’t supply a short list. What did Jason pick?

The Tall Man from Phantasm!

Gosh! The original Phantasm is on Amazon Prime, cheap as chips, and came out in the 70s. B-movie?

Indeed, if you think there’s a candidate worthy of a mention but not on the poll, then let us know in the comments below. Maybe we’ll see some Gremlins (1984), Candyman (1992) or Little Shop of Horrors/Audrey (1960).

Poll: Which is the scariest b-movie era monster? 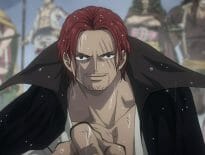