It’s slated for 2024 and due on Netflix, but Wit Studio are promising fans a new type of animation will be used on Moonrise.

Based on Tow Ubukata’s work, Moonrise has Attack on Titan director (seasons 2 and 3) Masashi Koizuka on board.

There’s a prequel novel, for less than a buck, available at Amazon, but it suffers from a single poor review.

And this new type of animation? That comes from George Wada, the Wit Studio president and CEO, who told the press;

“Moonrise” will portray the lives of two men, Jack and Al, as they confront various hardships in the vast world of outer space. All action and scenery in the unexplored parts of the Moon will be illustrated using an innovative type of animation unlike any seen before. My sincere wish is that this project inspires contemporary lives everywhere.

Tow Ubukata’s project would be interesting, new animation or not, as they’ve worked scripts for Ghost in the Shell Arise, Mardock Scramble and won the very first Sneaker Taisho Gold Prize. 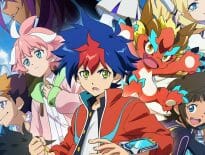 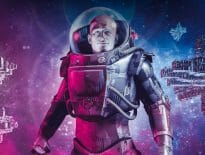