You are here: Home / Games / Tabletop & RPGs / Free to Download: How to Roleplay the HARD Way

Shonner Press’ How to Roleplay the HARD Way is a 34-page guide on how Shawn Driscoll thinks you might be able to get really in character.

Simply put, How to Roleplay the HARD Way isn’t for everyone, but the download is free, so I don’t see how you can go wrong. I do see how you might be irritated, though.

Shawn Driscoll begins by admitting he can’t entirely use Microsoft Word and then suggests old-school (first gen) players who might have developed habits too far into rollplaying to give roleplaying a go. Instead, this book is for roleplay curious or those who might wish to teach others.

Whether that rules you out or in, Shawn has two other requirements for the structures and processes in the guidelines to be useful. Firstly, your game system must be skill-based, use a task difficulty system and be 2nd-gen. The suggested hero system is Mongoose’s Traveller.

The second is the social contract. Shonner Press notes that there can be many different social contracts, but the download is pretty centred around the example provided. This contract rules me out, as I’d never agree to play in an RPG where players couldn’t ask the GM questions.

How does that sound to you? Hardcore? Well, the title did tell us this would be the HARD way. Having already ruled myself out from this approach, I admit to being curious about what disaster required a ‘no chirping smoke detectors’ rule!

DriveThruRPG’s blurb of this freebie reads;

People that are roleplay-curious. Maybe they are tired of the more gamey feel that rolling dice presents? To some, roleplaying a character genuinely sounds a lot more interesting to try and learn more about. Existing players who want to advance their roleplaying level or even vet the right players for their next game session will find that the HARD way is much more rewarding.

This book gives the reader a running head start on roleplaying and teaching other serious players to roleplay with whom they wish to team up.

Free to Download: How to Roleplay the HARD Way 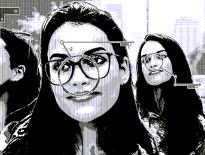 Tabletop & RPGs A review of Human… Almost: 15 miles per hour… 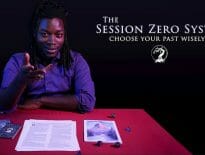