You are here: Home / TV / Anime / The Bard-Cleric Epic: A review of Inu-Oh

Wow, what an anime and I was lucky enough to watch it on a Vue big screen after Anime Limited took it to cinemas.

Inu-Oh is epic, startling, memorable and bold, but it’s terribly hard to say whether you’ll like it. I liked it, and I’m not sure I liked it.

Let me try and square that circle.

In Inu-Oh, we don’t always have a comfortable story and a mashup of music and visual styles. Expect lots of scenes with feet and close-ups of mouths, not always with Hollywood teeth.

“Did they just make that work?” was a thought my brain had several times.

We start with a contemporary scene and an unfamiliar sound to Western ears. Cars pass in the rainy night, and a beggar plays the biwa from a dank alley.

The plink and twang of the biwa is a taste I’m still acquiring. I’m sure if I was clever, I’d pick it up faster; I’m sure it’s an expertly intelligent melody, just that it’s beyond me. Today, though, all I hear are what seem to be off-key notes with a “notice me!” message. But, we’re not expected to notice the beggar; we’re told a story.

And back in time, we go to a story we’re told that’s been lost to us, of waring Emperors and a stark and horrible battle at sea.

Then to a family making a living, just about, from pulling treasure from the horrible remains that sunk to the bottom.

We move to the second character, who’s barely more than a beast but seems to be a lot of fun.

Both storylines meet on their quest for music and storytelling.

Inu-oh is a musical which could be the story of how Rock was invented in Japan but then forgotten.

It’s also an epic that some D&D Bard-Clerics wish they were. One of our characters becomes a biwa priest.

Does it end well? I’m not sure! There’s a happy moment, like that last glass in a thoroughly enjoyed bottle of wine. But it doesn’t stop there, and like opening that second bottle of wine, it’s not the same. People might not be wise, and people might disappoint.

The music of Inu-oh

If you’re not yet a biwa fan like me, then fear not. Inu-oh leans deep into the odd instrument but brings the music out of historical realms and into contemporary pop-rock.

There are absolutely elements of Phantom of the Opera here, and our beast-like character is even stuck behind a mask.

There are elements of the Hunchback of Notre Damn as well, with friendships to explore and physical challenges to overcome.

It’s the music that gives this mythological story its epic crown. Without the music, Inu-oh would be brutal and bleak. With the music, it’s something more; it’s still cruel and tragic at times but with kick-ass riffs and some compelling scenes.

It’s a mashup of sounds and of visuals too. If you’re used to robots in space, magical girls or cat-demons fighting ghosts, then you might find the less shiny feel of Inu-oh a bit primitive.

… but look again. The detail is still there, and it’s just muted in tone.

At times I wondered whether Inu-oh was touring visual styles in the same way it explores music. We certainly get more than one, but it’s more the case that animation adapts to the story.

It’s the story of a friendship too, and perhaps a bit more. There are women in the story, but only just. What our biwa priest and Inu-oh feel for each other is uncertain, but the two are bound by respect and stories.

Expect to see male bodies drawn for the male gaze and the occasional man in makeup. No hero in Inu-oh has any time for conservative norms.

I’m certain Inu-oh isn’t for everyone. If you’re game for trying something new, then try this. Give this a watch if you think you might be in the market to watch a slightly art-house or likely-to-be-reviewed-by-award-committees.

I’m sure I liked Inu-oh. Pretty sure. Just don’t challenge me on which scenes or why I liked it. Perhaps liking Inu-oh is a bit like enjoying a rollercoaster trip, and there’s a thrill in getting to the end. With Inu-oh, there’s the ability to say ‘wow’ and ‘what a ride’ without quite understanding why.

The Bard-Cleric Epic: A review of Inu-Oh 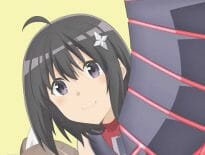 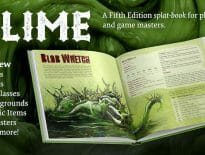