Quickphix Club has released all 117-pages of Extinction Punk as a Pay What You Want with a suggested price of $0.00.

It’s a Powered by the Apocalypse Eco RPG that blends sci-fi and science fantasy to get us to a future where humanity has let an extinction event happen. It was an avoidable apocalypse, climate change, a nuclear holocaust or biological war, but we failed to stop it.

Based on the Bakers’ Apocalypse Word, as games like Monster of the Week have done, Extinction Punk is story-driven and streamlined in rules.

The tropes of Extinction Punk came to us by observing some pieces of popular media of the past 5-10 years. While not all of these things fit exactly into the world of Extinction Punk, a lot of them do. So much so, that we are convinced Extinction Punk the genre will establish itself (although probably under a different name) anytime soon.

Designer Mauro Gotsch has a few things to say to would-be GMs for the game.

Quickphix Club is a Swiss publisher. They’re a gaming club since the early Web 1.0 days that saw and enjoyed the rise of digital RPG content, and they’re still playing today. 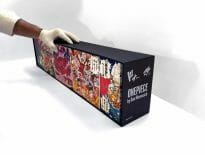 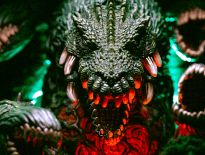