You are here: Home / TV / House of the Dragon: Jaehaerys I and Alysanne Targaryen to Jon Snow family tree

I’m not watching the House of Dragon as I don’t have the channels it’s on in the UK. My hope is that it’ll be more readily available later. However, I’ve still found the family tree by ExpressVPN fascinating.

And yes, I realise exactly why a VPN and its ability to make it look like I’m elsewhere in the world will be why ExpressVPN is blogging about House of the Dragon.

In the House of the Dragon, fans can see a prequel to Game of Thrones that transports them to a time roughly 200 years in the past, when House Targaryen ruled over the Seven Kingdoms.

What is the family tree of the principal characters in House of the Dragon, and how many generations pass before the events of Game of Thrones unfold?

Are you watching? How does the show stack up to the other televisual goodies available today? We’ve Sandman, Cyberpunk, She-Hulk, and the Ring of Powers, with Andor just joining in this week.

An internal succession war within House Targaryen at the height of its power, 172 years before the birth of Daenerys Targaryen.

House of the Dragon: Jaehaerys I and Alysanne Targaryen to Jon Snow family tree 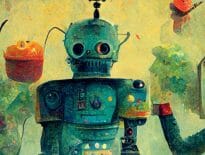