You are here: Home / Games / Tabletop & RPGs / Spectres of Brocken: The indie RPG about making friends and then using your giant mech to war against them

Aaron Lim’s tabletop RPG is darkly clever and contemporarily scary. Spectres of Brocken is about making friends and, much later, going to war. You’re determined you are right, your friends are wrong, and your giant mechs battle.

The Kickstarter wants AU$8,888 (a magic number?) to fund, has three weeks left to do so and is neary there. You can find out more on the pledge page.

The pitch casts your PC as a naive mech trainee who, in time, finds out what they want from friends and life. Years later, in their kickass custom mechs, find out what you’re willing to do to get it.

No GM is needed for Spectres of Brocken as players share responsibilities running the game, but someone can take the role of the person who remembers the rules.

System-wise, Spectres of Brocken is based on the No Dice, No Masters system, which features in games like Dream Askey and Dream Apart.

I remember those hot summer days when we skipped classes to cool off by this creek. I remember our arguments in the dining halls, or competitions in the sims.

How did it come to this?

Those days are over. We knew nothing of the world then. I know better now. I know what needs to be done. I know I have to win this, to end this war.

Even if it means killing you.

You can support this Kickstarter by sharing it on social media, and if there’s an excellent TTRPG to put in front of friends and say, “I saw this and thought of you!” then surely it’s this one!

At AU$27, you’ll get that PDF version and the author’s edition as well.

The softcover is swapped in, replacing the author’s edition, for backers who can make AU$40, and it ships only to certain countries.

If you want the author’s PDF edition and the softcover, that’s just AU$5 more, at AU$45.

Spectres of Brocken: The indie RPG about making friends and then using your giant mech to war against them 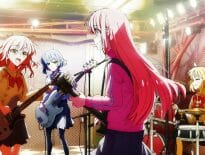