Written by Mark Galeotti, a professor at UCL who runs the Mayak Intelligence consultancy and was a Foreign Office adviser on Russian security Affairs, Gran Meccanismo is an RPG for intelligent people.

Ah well, I’ll continue with this piece despite failing on that criteria because Osprey Publishing’s latest tabletop game, now at DriveThruRPG, is fascinating. It’s a game written by a history professor who knows all about military and political intelligence.

The 192-page game is set in 1510 and an alternative history where Niccolò Machiavelli as the military commissioner of the Republic of Florence, used technology from Leonardo da Vinci for politics, war and conquest.

…he unleashed a technological revolution where primitive computers, decorated with delicately painted cupids, run on water clocks; spring-powered tanks whir across the battlefield, cannons thundering from their flanks; and gliders flit across perfectly blue Tuscan skies.

The Renaissance setting puts characters on the winding alleys and rooftops of Italian streets and as spies, scholars, mercenaries, or nobles.

What could heroes get up to in this setting? One might be found drawing his rapier and preparing to duel as an army of robot knights marches past on their way to the Vatican. Another is caught up in a clash of wits with the subtle Florentine power0broker Niccoli Machiavelli. A third might be seen flirting with the notorious beauty and rumoured poisoner Lucretia Borgia. Maybe there’s one plying Christopher Columbus with another drink and letting him tell them about the New World he has discovered.

Randy Musseau and Teresa Ramos illustrated the book, which is also available in Kind and hardback at Amazon. 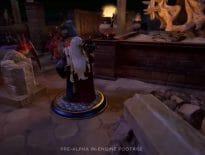 Tabletop & RPGs What is a D&D playspace? 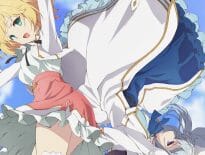