You are here: Home / Games / Tabletop & RPGs / Paizo amp up the infinite with Pathfinder and Starfinder sales

You can buy PDF content from Paizo directly, but these two OneBookShelf co-managed sites are for third-party content, a bit like DMsGuild. We might also speculate that the new deal between Roll20 and OBS may at some point discuss these two.

Now, sales on Pathfinder Infinite and Starfinder offer up to 40% off certain products. Despite running on two sites, the selection looks pretty much the same, though.

The sales run until August 28th, and Paizo say;

Over the next two weeks, we’re celebrating all things Pathfinder Infinite and Starfinder Infinite. The Infinite marketplaces, powered by DriveThruRPG, are your one-stop shop for licensed digital content from the Pathfinder and Starfinder communities, including adventures, classes, fiction, and more that takes places in the Lost Omens campaign setting.

Paizo amp up the infinite with Pathfinder and Starfinder sales 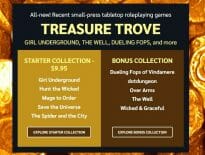 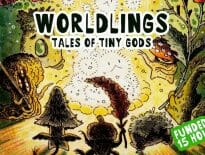