Even with the San Diego Comic Con’s restrictions requiring everyone, including cosplayers, to wear masks, there was no shortage of costumes. Some of the most original and enjoyable ones involved the cosplayer wearing a costume of a character of another gender. Whether funny, weird, charming, or creepy, there were a lot of incredible gender-swapped cosplays this year.

I’ve seen my share of these LOTR wizards before, but never any this leggy. It’s almost like they’re magically yelling, “you shall not pass -without looking at us!”

There are plenty of female Beetlejuice cosplays out there, but this dress that incorporates aspects from his carnival attack is clever, well-constructed, and downright fashionable. It truly screams, “It’s showtime!”

This Doctor Strange is a beautiful take on the character that has been just slightly feminized to accommodate her figure and give the character longer hair.

Everyone loves a great Squirrel Girl, and this enthusiastic cosplayer looks like he is ready to eat nuts and kick butts. On a side note, I love when cosplayers take advantage of these plastic masks to prevent these mandatory covid precautions from interfering with their costumes.

Famed drag queen Nina West appeared at the con this year to promote her new children’s book, The You Kind of Kind. And she got in the spirit of the con by dressing up as the always kind Cheer Bear.

Most frequently, those genderbent cosplays are done by ladies who make Rule 63 cosplays of male characters. For that reason, it’s often refreshing to see a female character transformed into a male one.

Like those sexy wizards, I never thought I’d see this killer’s costume all sexy-fied. It’s scary how good she looks. You can easily recreate this look with your favorite lacy ensemble and a Ghostface mask.

There’s a lot to love about this cosplayer’s Jubilee costume —it’s a delightful take on her look from the 90’s X-Men cartoon that so many of us Millennials look back on so fondly.

There are always tons of Witcher cosplays at any con, but this one stands out not just because she’s a female but also because she applied her makeup to look like Geralt when he’s suffering from the toxicity of his potions. The effect is creepy and awesome.

Even without his trademark shark gun, I would not mess with this Jinx. He looks absolutely wonderful with those long braids and no top though.

I don’t know how Ash plans to catch Pokemon in this Pokeball, but she sure looks smashing with her cute little petticoat.

I can’t say that I’ve ever played Fate Grand Order, but I can say that after looking at pictures of the character in her school girl outfit, this gent’s Astolfo cosplay is pretty spot on —all the way down to his pretty bows. 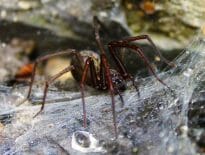 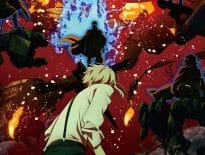