If you’re going to head to Comic Con with your significant other and you both plan to cosplay, you may as well wear matching costumes. Choosing a couple’s cosplay isn’t just an excuse to show the world that you’re together, but it can also help make both of your costumes stand out.

After all, a Luigi cosplay can be fun, but a Luigi with a Princess Peach is a little more special.

There are always plenty of Ghostbusters at Comic Con —so many that even with great accessories, it’s hard to stand out from the crowd. With a ghostbusting dog and a wearable Ectomobile, this couple created a cosplay that viewers will surely remember.

This spooky couple was a ghoulish delight for fans of the Haunted Mansion and their spectral white clothing and makeup made them some of the most memorable cosplayers I saw at the con. While I’ve seen cosplays of the Hatbox Ghost before, I’ve never seen him together with the Bride before, which is surprising because they look so good together.

These two both look stunning, but in different ways. Evil-Lyn’s costume is a marvelous recreation of her on-screen outfit, but Skeletor’s sparkling jacquard suit is simply fab-u-lous!!!

Mario and Princess Peach may always overshadow Luigi and Princess Daisy, but those of us who were always stuck as player two will always have a soft spot for this lesser power couple. Adorably, this couple actually chose to cosplay these characters because the man has a perfect Luigi mustache —which couldn’t even be seen with his mask on.

We’d better hope that all the Pokemon at the con stayed safe despite these villainous grunts running around the area loaded up with Pokeballs. I don’t know if they caught any Pokemon, but one thing’s for sure —they seem to have captured each other’s hearts.

These two look incredible. But if you think The Mandolorian’s Beskar armor looks good here, you should have seen his massive Amban sniper rifle that was too big to even fit in the picture!

It looks like the Mando was getting busy this con. First, he was with Rei, and then he got together with Ashoka Tano. But it’s not surprising when being together with the Jedi also allows him to provide little Grogu with a family.

I don’t know what these two witches plan to do with those tribbles, but it certainly isn’t good that they got their hands on those “fantastic beasts.” Better watch out, muggles!

This couple has been showing up in Comic Con cosplay roundups around the net for years, with good reason —their costumes are stunning. Tinkerbell’s steampunk styling and rockets add some fun flair to an otherwise familiar cosplay, while Hook’s Tick-Tock plush provides a little comic relief.

If you got a crack up when Wanda and Vision wore their cheesy 70s superhero outfits, then you should dig these perfect cosplay recreations of that scene. It’s especially delightful to see Vision’s custom-made mask bearing his face.

There’s something so charming about the Classic Flash’s iconic winged metal helmet. Seeing The Flash together with Lady Flash is a true delight, and their color-coordinated masks only add to the charm.

Look! It’s the hardest-to-spot couple in pop culture history! It’s always a delight to spot Waldos at the con, and there are always Carmen San Diegos at the San Diego Comic Con, but seeing them together is rewarding in a whole new way.

There’s never been a poor time for cosplaying this couple, but with their recent return on Picard, it’s particularly charming to see Riker and Troi together. This couple also chose a perfect costume to deal with the stiflingly warm weather over the weekend.

Superman may have been disguised as Clark Kent until an emergency occurred, requiring him to reveal his hero gear. But I would think a reporter partnering up with Wonder Woman might have raised some eyebrows either way.

These two both look great, but while it’s nearly impossible for anyone to perfectly capture the appearance of Spike’s gorgeous coif, the Faye Valentine cosplay is simply fantastic. 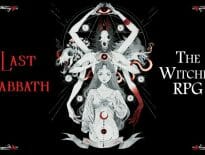